The difference a . makes. 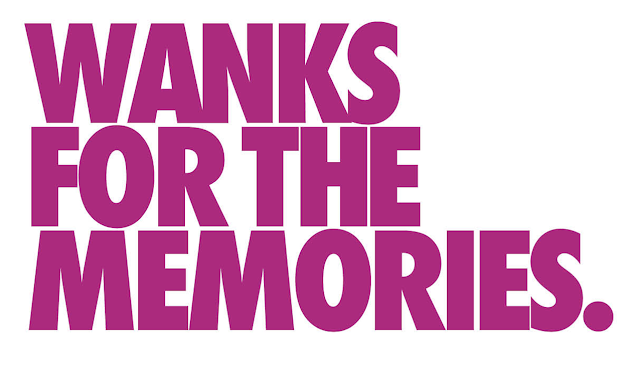 I've been saying for about 900 years, that one of the central issues behind the great divide in what used to be Amerika is the decimal point.

You hear a lot about defunding National Public Radio. NPR, through the Corporation for Public Broadcasting, receives about $400 million a year, or about $1.1 million a day, or about $4,000 an hour. About what a good plumber makes in Manhattan, if he's quadruple-dipping, as most good plumbers do.

A US Aircraft like the new "Gerald Ford," (I assume it falls down as it sails) costs a reported $14 billion--about 32 times NPR's budget and costs an estimated $7 million a day to operate one--seven times the cost of NPR per day.

One expense most of the country finds exorbitant. The other the country knows nothing about.

My new advertising career is different from my old advertising career in much the same way. I think if the hide-bound, old-line, holding company advertising industry thought about this they'd do one of two things. One, they'd sweep it under the carpet tiles so no one else would notice. Or, two, they'd ignore it completely because it might ruin the taste of their $600 bottle of rosé.

So much of the deadvertising industry is dedicated to trying to move multi-billion dollar companies incrementally. We're trying to move a soft drink company's market share from 1.1 percent of the market to 1.14 percent. Because they .04 percent might be worth the one-billion dollars, thousands of people labor mightily to move businesses as rapidly as the breakup of Pangaea. (My understanding is that the continents drift apart at a rate of about a centimeter a year.)

This might be a part of what Sir John Hegarty meant--I wouldn't dare put words in his Knighted mouth--when he said advertising has retreated to the fringes. We aren't looking to drive business like a cowboy drives a herd of longhorn. We just produce 68,000 banner ads announcing the need to move longhorns.

In the part of the industry GeorgeCo., LLC, a Delaware Company is operating in, the budgets are lower, but the stakes are somehow higher.

I'm dealing with companies from early-stage startups to giant entities with $60+ billion market caps. But somehow, perhaps because I work exclusively with CEOs or CMOs, they seem more bent on big steps rather than inching ahead. They put that pressure on me, too. And that's good.

Doing ads that keep you just running in place is no fun for anyone.

I don't know why this seems to have changed in the advertising industry I was kicked out of. In their conservative, don't-fuck-up-ist approach, they seem more bent on inundating viewers with a never-ending stream of never-ending-banal messages than in capturing ground from their competitors.

We're dropping propaganda leaflets and never following up with bombs.

Many years ago I was working for a technology company and was handling a big portion of their hardware business. I remember going into a conference room crowded with men in short-sleeve shirts and broad polyester ties. Engineers.

One drew a pie chart on the wall.

The two remaining quarters were their competition.

"This is the year we destroy Sun and HP," he said.

Maybe it's my male, sports-focused upbringing. But I like metaphoric knife fights. And gangland battles--which I understand--weren't about taking a garbage-can's extra of territory. They were about taking over whole neighborhoods.

I don't think advertising or marketing is about small moves. It's about trying to move the decimal point over one whole place or two. It's about grabbing the lion's share of the pork chops from the boarding-house table. That's not unethical or mean.

I don't think advertising or marketing is about asinine April Fools' stunts or even cleaning plastic from the oceans. Or building an ecosystem of collaborative glad-handers.

I look at work--sometimes filmicly beautiful. Something I saw by Droga for some Meta property. And they don't even touch upon the reason people are leaving Meta. It's as vapid as a cosmetics counter at Bloomingdale's. Pretty, yes. Empty, yesser. Or a to the moon spot by Hudson Rouge for a car no one cares about anymore. Really--is that going to take back all the share you lost? Or just impress a mindless jury?

Awarding craft without awarding idea is like awarding brushstroke instead of painting. It's like awarding penmanship, not writing. Or form, not speed in the 100-meter sprint.

I think the industry--from a creative point of view to a bottom-line point of view would be way better off if we realized that the world of business ain't kumbaya.

As much as I'll get rebuked for this, I don't give a shit.

And neither do my clients.