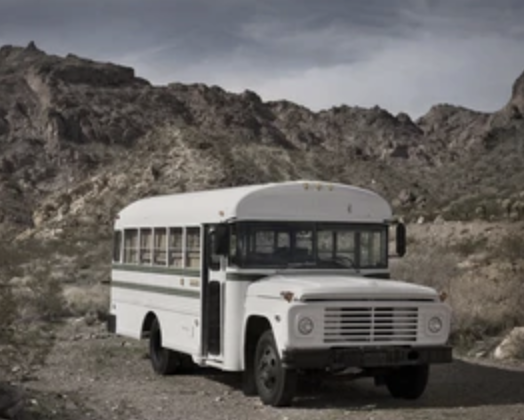 We were the three oldest men on the team. The only men, in fact, on a team of 25. Though I was just a boy.

Guillermo Sisto joined the Seraperos just after I did, in mid-June, a mid-season shoring up of the thousand weak spots we had at nearly every position on the field and in our rotation, too. Sisto was probably nearing 45 years of age. He had started playing professionally in Mexico in 1949. "Ha jugado para 50 equipos" the other Seraperos would remark, with reverence. "He has played for 50 teams." Sisto played in small towns that had disappeared. He played in large cities that now spewed smoke and souls. And he played in little villages that were consumed by other villages and grew into a heaving, sooty ugliness lightened only by the laughter of boys playing a boys' game in a stadium as large as the base of a volcano, like El Popo itself, towering 18,000 feet above Mexico and angry.

Sisto filled in wherever we needed filling in and was Hector's best-friend. They had known each other when they were teenagers, like I was now, starting out playing ball. And now they were late in their 40s.

Hector of course was the legend. For 32 years he played the game in the Mexican Leagues, amassing over 3,000 hits, 300 doubles, 100 triples and 200 home runs. More people came to see the great Little Cheese manage than came to see us play ball.

Hector had retired from playing half-a-decade earlier and had grown broad as Mestizos do when they stop running and sweating. He was as wide almost as he was tall. But he carried in his brain and his muscles the beauty and love of the game that went along in step with the ugliness and the hate of the game.

When I joined the Seraperos as a 17-year-old from el Norte, my father one day called me long distance on the phone in Hector's cinderblock office in the clubhouse. I was new to the ball team and alone, which was not new. My father had somehow gotten the number and the phone on Hector's desk rang.

"Come home," my father demanded of me. "Baseball is not a life for you in Mexico. What are you making down there? $200 a month. Besides I am dying and your mother is sick and we need you at home."

Hector took from me the phone and hung it up not-so-gently on the worn receiver.

"Everyone is dying," Hector reassured me. "You can't do anything about dying. Only your life, living. You no go. You stay here."

From that point on, he called me his "hijo Americano." His American son. And soon I moved into his small house two miles from el estadio de beisbol de Francisco I. Madero, living in his spare bedroom and taken care of by Hector and my new mother, his wife, Teresa.

This night the three of us were on our usual bench seats on the old re-purposed American school bus, painted white with the teal letters Seraperos painted on the side, along with a white baseball draped with a colorful serape.

I sat two back from our full-time driver and third-string catcher, Gordo Batista. Hector sat across from me and Sisto sat one seat in front of Hector. Those were our usual places, while the rest of the team sat crowded in the back half of the bus where they could drink a beer or have a coke or smoke a cigarette or sing some songs of girls they never had.

On some trips, Teolindo Acosta, a scrub outfielder sometimes brought along a small drum-set, with a cymbal and a snare and would play along with Angel Diablo, our shortstop who had a guitar and Orestes "Tito" Puente, our best pitcher, who exhaled into a harmonica and occasionally hit a note that sounded like he knew what he was doing.

But on most nights, when the sky had darkened and the games of the day were over, the boys in the bus would fall asleep, their duffle bag as a pillow or their worn leather glove and they would spasm through the night with every nightmare waking nearly the whole crew. Gordo would grind the gears of the old bus up the steep mountains, and downshift down, grinding the metal teeth again, yet saving the worn drum brakes that needed saving. We rolled along, going down from 3000 or 4000 meters through a series of hairpins, hoping to slow down in time and always just.

I lay flat on my seat, my head against my glove against the tin wall of the bus. I could feel the vibration of the diesel as we chugged a thousand kilometers through the night to another un-airconditioned town and played another game that meant nothing really to no one, yet we wanted to win. My feet rested on the ridged rubberized floor, sticky with spilled Cokes, and across from me, Sisto and Hector assumed the same position.

We stared up at the ceiling of the bus, hearing the snores from the back, the pinging and chughachugha of the diesel and the cursing of Gordo as he tried to speed the old truck up or slow it down.

"What was the worst," Sisto said to the ceiling.

"No," said Sisto. "How did you get here? What was the worst thing that had happened to you? What got you here?"

"I had eight brothers," Hector said as if in prayer. "I was the youngest. And we all shared one bed. Slowly, my brothers would leave to play ball and that would anger my father. I don't know why. He hardly seemed to notice when we were there. But angry he was because he had nine sons who would all leave and leave him."

Gordo downshifted badly and the gears of the bus grinded like a crocodile's teeth.

"My father was drunk and in the yard working on a Ford that hadn't started since before I was born. 'I go now,' I said, carrying my glove stitched together with shoelaces, a worn bat and a clean pair of pants, some undershorts and a clean shirt in a paper bag. He lashed at me with a long wrench as I tried to leave his yard. I punched him in the belly with the fat end of my bat and knocked him to the dust. That was the last time I would ever see him. He cursed me."

"That is a bad worst," Sisto said.

"For me, it was my mother," I began. "My father was the drunk, I suppose he was mean but kindlier than her. No one was meaner than her."

"You called her 'Atilla the Mom,'" Hector laughed.

"Atilla the Mom came at me with a blade. I think because I got a "C" in Latin."

"There was a girl in the class. I paid no attention to Ovid. Who will guard the guards?"

"There is always a girl," Sisto said, and he and Hector and Gordo laughed as one.

"My mother turned the knife from me and put the knife to her neck."

"Not your neck?" Sisto asked.

"I could see her blue skin like a gas flame turning red where the serrated teeth were cutting in. 'Just kill me,' she screamed. 'Just kill me.' And I wanted to, but instead, I grabbed at her wrist and took the knife away."

"That is a very bad worst," Sisto said. "I think your worst might be the worst."

The bus ground on in the noisy cicada silence of the grinding gears as we climbed the Mexican mountains.

"The sun will soon be shining," Sisto said. "Another day under the cruel sun of Mexico."

"Sun, yes," Hector summed up "But always in our hearts there will be something else."

We descended the mountain and Hector paused, respectfully, as Gordo went through the ancient gearbox.

"Always in our hearts there will be something else."

He paused again as Gordo guided the bus down the mountain.

"Rain," Hector said. "It always in our hearts rains."