I was downtown yesterday, below 14th Street, believe it or not, because my wife had gotten tickets to a new play at the Public Theatre.

The village has never been a place I'm entirely comfortable. It's always been a little too ostentatiously weird for my taste. Today the outré ersatz hippies live side-by-side with young investment bankers and their spouses pushing $2200 strollers seemingly with seven or nine kids orbiting around them. The juxtaposition of great wealth and Bohemia endears to me neither extreme. But this being New York, we are fueled by equal parts differences, eccentricity and mammon.

Before the show, my wife and I stopped into a little Ukrainian coffee shop called Vaselka. Second Avenue and 9th Street used to be the heart of Little Ukrainia and Veselka--with its goulashes, potato pancakes and pierogi is one of the last remnants of the old days. Today with Russia's invasion of Ukraine, Veselka has attracted hordes of diners who wait outside to show their support for that besieged country and to clog their arteries to the point of near infarction.

Somehow we got in without a wait and said outdoors in a little booth enjoying a nice spring night. The waitrons were attentive and, it seemed, born with the gift of laughter. I quickly ordered a potato pancake and a small cup of chicken paprikash. It was delivered to our table with a small serving of matzo ball soup and a slice of slightly stale bread. My wife got the pierogi special: one cheese, one potato, one meat and one onion. We each got an old-fashioned egg cream--mine vanilla, hers chocolate. 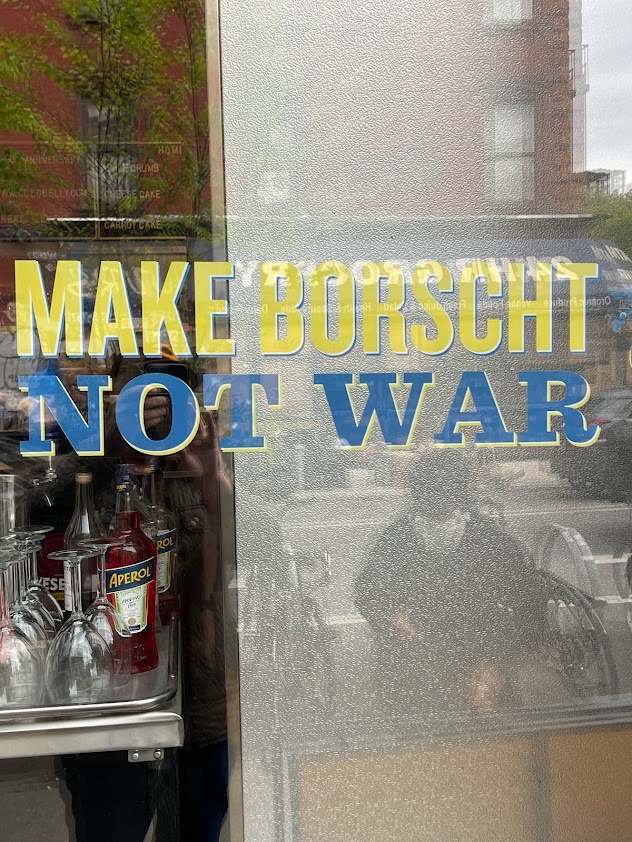 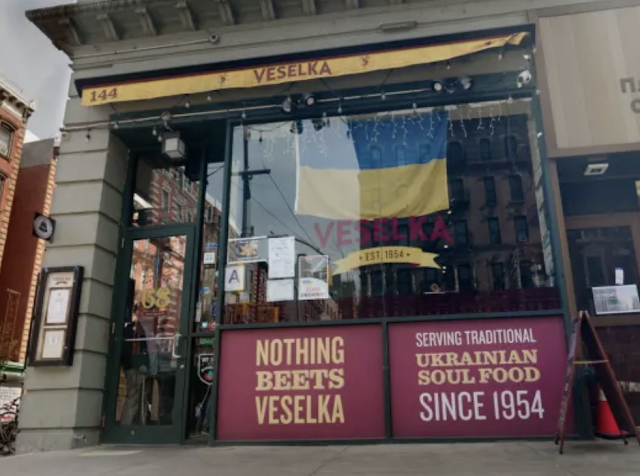 As you might have guessed, Vaselka was adorned with yellow and blue Ukrainian insignia and the wait staff was wearing t-shirts that read "Ukraine can't be beet." A tribute to Ukraine and borscht.

What struck me, of course, from a communications point of view is how Vaselka had found a true voice. And how they are true to who they are. They aren't pandering to people and following the upswelling of faux customer solicitude that afflicts so much marketing today.

They aren't doing shit like "We're Strong Because of You." Or, "We Stand Together for Freedom." Nothing wrong with those sentiments--but nothing real, unique or ownable either. 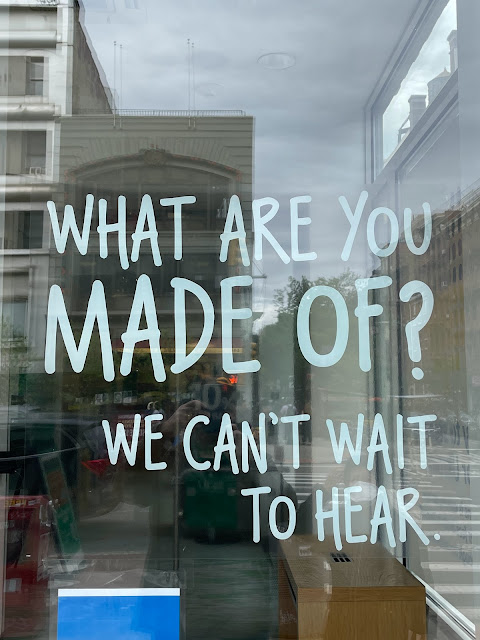 Leaving Veselka we walked west to the Public. I saw this abomination in the window of something called a Citizen's Bank.
It struck me as everything thing that's wrong with marketing today. And empty as a promise from a holding company. Frankly, I don't even know what that agglomeration of words means. Or why I would tell a bank--of all entities--what I'm made of. You're a bank. You will never be my buddy. (As the joke goes, we're the friendly bank who forecloses on your mortgage.)
Seeing that Citizen's crap makes me mad. I can hear the brief that encouraged it. The planning that rationalized it. The creative people who fought for it. And the clients gushing about how they're part of the community. I can't imagine a single person seeing that 'message,' feels like Citizen understands them, helps them or really can't wait to hear what they're made of.
I think it would be good if most clients and most agencies went back to those 1960s platitudes I grew up with. "If you don't have anything nice to say, don't say anything." Really. Not every bank window has to have an ad. Nor does every receipt, taxi top, and every square inch of every surface.
To wash the bad taste of bad thinking out of my head we took a detour and walked up to the Strand bookstore on 12th and Broadway--18 miles of books.
There, I saw this sign. This playful, horrible, true and real reminder of the pernicious spread of pernicious thinking.
None of us in the world can eradicate pandering. Evil, like Russia's invasion. Or the evil of banning books.
We can, however, fight back. With all we have.
Two powerful weapons: wit and words. 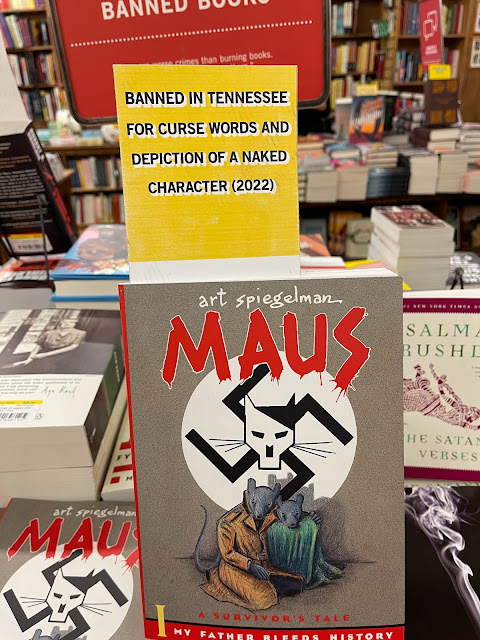 Posted by george tannenbaum at 6:33 AM