The Price of Everything. The Value of Nothing. 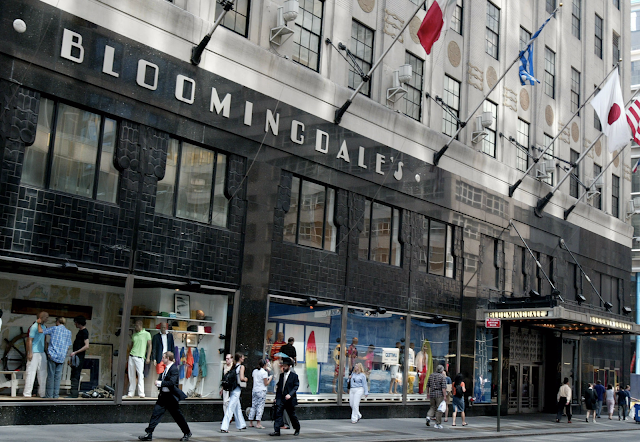 Many years ago, before many of my legion of readers were even a gleam in a test-tube's eye, I took a job at the in-house advertising agency at the great New York City department store, Bloomingdale's.

I was 24 or 25 at the time. I was working at a lousy job and got hired at Bloomingdale's after what seemed like months of interviewing. It seemed like a huge professional step up.

Not only was Bloomingdale's a hot brand, I would also have half-a-dozen ads in the paper every week. It seemed to me like a very big deal. From a 25-year-old's point of view, I felt "I was on my way."

It's funny looking back at a job I got almost 40 years ago, reflecting on it, and thinking about how the workplace has changed since Ronald Reagan was president. I say changed but that's not really precise: it's gotten worse. 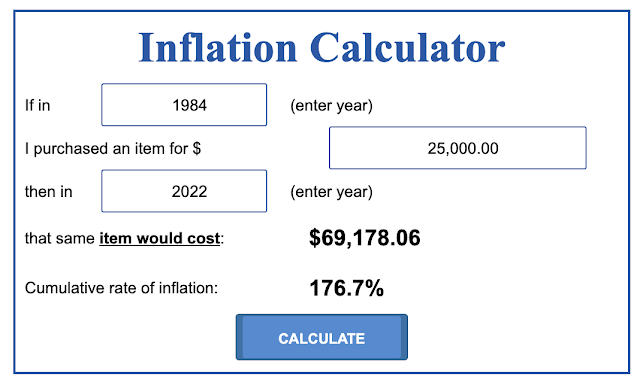 Back then, I accepted at Bloomingdale's a salary of $25,000/year. According to statistics provided by the US Department of Labor, that would translate to just over $69,000 today. Use the calculator here to see for yourself. My $750/month rent (in 1984) calculates to $2075/month in today's dollars.

My sense is things have gotten worse over the last 40 years. Living expenses have risen more precipitously than wages. Life wasn't easy for a 25-year-old in a dangerous New York, but it was easier, I think, than it is today.

One: When I arrived in my small office (I'd say it was about 7-feet by 8-feet in size--roughly the dimensions of my ego) I had a brightly painted red door that opened and closed. They had also affixed my name to the door, my first and last--all 16 letters--in raised plastic Helvetica lettering painted white. My name. On a door. Geez.

Two: Also, placed on top of my cleaned-up desk were a dozen small memo pads, with my name printed at the top. Because my name is long, the pads read "Geo. Tannenbaum". That was fine. People have always called me Gee Oh.

When I think about the impecunious state of the agency world today, I think also about those two minor touches.

As the agency world today wonders how to get young people to feel a part of their agencies, as they wonder how to engender "brand loyalty," as they perseverate over the difficulty of hiring people and keeping them, I wonder about my name on the door and my memo pads.

In my last stint at Ogilvy, I had my name Xeroxed on a piece of foolscap and slipped into a plastic sleeve that was held to the rickety modular wall by a magnet. Some people, those who weren't freelancing first, had two helium balloons tied to their desk chairs.

That was it. Hardly a ticker-tape parade or rolling out the "red" carpet.

My guess is if in 2022, agencies supplied to new employees the semiotic equivalent of what I received at Bloomingdale's in 1984, it would go a long way toward making people feel welcomed. It might make people feel that belong.

I did a little math.

If an employee stays at your company for two-full years, that's about 480 working days. If you amortize that $207 over those 480 days, the cost comes to about 43-cents/day.

To welcome people. To get them on brand. To talk about the company at which they work with pride. To carry around a badge.

I don't know very much about "influencer marketing." But I do suspect that employees of a company would count as influencers for that company. Especially in the agency world, where agencies are usually small and the ad community is small as well. In other words, people talk.

But someone somewhere in some exalted executive-level probably with an MBA from some Ivy League school or an uncle with one, has decided that new hires aren't worth 43-cents/day.

I don't want to hear about the "unsustainability" of the agency model anymore.

I think it's more accurate to talk instead about the "inhumanity" of the agency model.

We're supposed to influence humans--and we've decided to mechanize that.