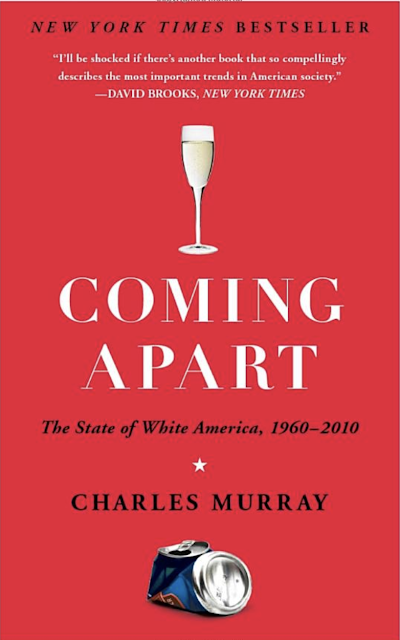 Some years ago, the controversial anthropologist Charles Murray wrote an important book called "Coming Apart." It's about the bifurcation of America. As two societies, one rich and educated. One poor and left out.

The two, essentially, never mix. They might be situated near to each other but they don't interact. They shop in different places. Go to different schools and churches. Play in different parks. Enjoy different downtowns. The kids play on different Little League teams.

If you buy Murray's well-documented observations, as I do, you begin to see it everywhere. Especially in the workplace. For example, at Amazon. Where Jeff Bezos has $150 billion dollars, he fights unions who want to get their member $5 more an hour.  (Bezos, btw, would have to spend $28 million a day just to keep from accumulating more wealth--that's what? $2000/minute.)

In advertising, Coming-Apart-Ism is almost as virulent.

Not only does the Holding Company brass sit in entirely different offices than the agencies they own--their salaries, bonuses, parachutes, benefits and who knows what else allow to live lives that are completely unlike the people who work for them, the people who enrich them. Before Ogilvy's New York collapse forced them from their own office building, there was a section of the Eighth Floor I called "Overhead Alley." It was where the exalted executives sat in lavish be-doored offices while proclaiming the efficacy of open-plan for everyone else.

It was an entirely separate world. They hardly left their rarefied precincts--in the same way it was unusual for potentates of yore to see life among the wretched refuse on their teeming shores. They rarely left the castle grounds.

It's required now for publicly traded companies listed on the S&P 500 to publish the ratio of executive pay to median pay. WPP and Publicis--two of the big four--are based, respectively in the UK and France. I could find no information about them. But here's the information I found on IPG and Omnicom.

For people who have a hard time with numbers, that data shows--comparatively speaking, if you're making $100,000, the moguls are making around $26 million. You don't expect to interact with people making $26 million do you? I don't suppose they're standing behind you at the Shop-Rite taking advantage of their annual Can-Can sale. (Two cans of petite peas only $1.29.) And again, looking at the numbers from a different point of view, it's unlikely if you're making $100,000 that you'll interact with people making 1/260th of that income--$3900/year.

Is there any wonder agency attrition rates--forced or voluntary--are likely running at forty-percent? That staffing is made up more and more of freelance? And that it's nearly impossible to attract and retain people? The basic promise of any relationship (presumably even employee-employer relationships) has collapsed. Your loyalty to us will not be reciprocated by our loyalty to you.

That brings me to two acronyms that help clarify the state of our world today.

1. YOYO.
You're Own Your Own.
No raises. No benefits. No health-care. No security. No support. No bonuses. No training. No full-time job, even.

2. WITT.
We're In This Together.
As we grow, you grow. We help each other. We care. We reward hard work with rewards. We respect and reciprocate loyalty with loyalty.

Of late, I've noticed a bit of what I'm (perhaps cynically) calling a propaganda surge among holding company leaders who follow me on Linked In. With incomplete data and non-existent facts, they seem to be press-releasing their way to presenting themselves as companies that cherish their people. 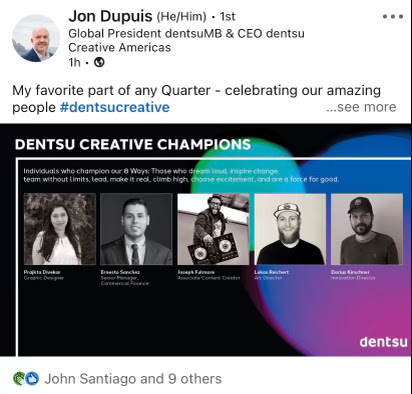 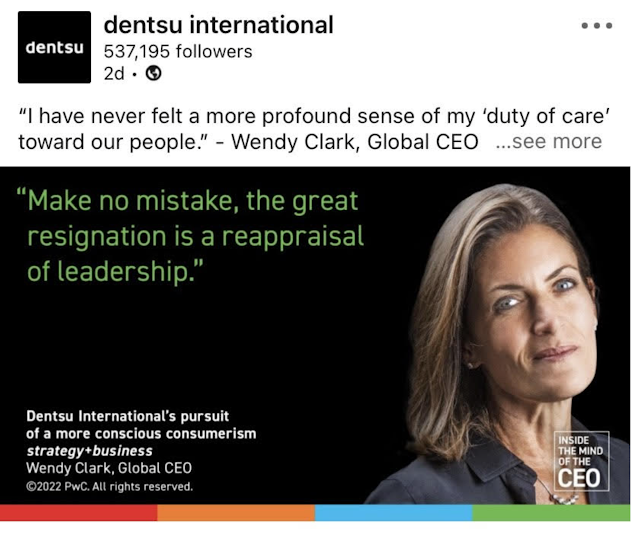 With no investigative press--other than this blog--they're probably getting away with it. They're telling the world--and easily-gulled investors--that they’re WITTs when they're really YOYOs.

You don't celebrate your people, or thank them, with a dopey posting on LinkedIn. Just as you wouldn't qualify for a bank-loan by posting something like, "I love the daffodils in front of my Citibank branch. They do so much for my community."

Not just when they're young and "on brand." Not when they suit some particular jaded narrative.

You help them grow and achieve.

That's what WITT relationships do.

That's what the non-Coming Apart world did.

If I were ever going to return to the ad industry, as a worker or a leader--or if I were to try to steer one of my accounts to an old-line agency, during my interview process, I'd ask three things.

1. What's your executive to median employee pay ratio?
2. What's your corporate attrition rate?
3. What percentage of your employees are over 50?

It's very au courant for these agency entities to trumpet how open and transparent they are.

Until you ask them questions like the ones above.