You Can't Understand. (A Question of Imagination.)

It was by a new op-ed writer for the Times, Pamela Paul. In fact, after nine years writing for the Times' book review, this was one of her first opinion pieces. It was called "The Limits of 'Lived Experience' and you can read the entire piece here.

[BTW, when I was about 15 I got a tour of the Times from one of the writers there. He was a friend of my father's, and in the pantheon of jobs, I put Times' reporter just below Mickey Mantle and just above the president. When we got to the editorial floor and stepped off the elevators, the reporter, Phil, whispered to me--as if cautioning me to speak sotto voce. "This is where the geniuses sit." From that day to this, I've made it a point to read the geniuses. Better getting my news from them than an ersatz model on TV.]

Ms. Paul's article is bound to be controversial. It might get me excoriated online. It might lose me readers. It could have people blacklist me.

Because I agree with her.

That seems to be the prevailing thinking today.

She begins this way: "Did Dana Schutz, a white artist, have the right to paint Emmett Till? Was it fair that a white historian, David Blight, won a Pulitzer for his biography of Frederick Douglass? Should Steven Spielberg and Tony Kushner be the ones to update “West Side Story,” a musical conceived by four Jewish men but fundamentally about Puerto Rican lives?

"Let’s make it personal: Am I, as a new columnist for The Times, allowed to weigh in on anything other than a narrow sliver of Gen X white woman concerns?

"Not according to many of those who wish to regulate our culture — docents of academia, school curriculum dictators, aspiring Gen Z storytellers and, increasingly, establishment gatekeepers in Hollywood, book publishing and the arts. It’s the ultimate litmus test: Only those whose “lived experience” matches the story are qualified to tell the tale."

Is it solemn and true that unless you have walked in my shoes, you can't understand, much less tell my story?

This is not to deny that _________ people don't have a story to tell, with a distinct and valuable perspective.

But, Paul asserts, that's "a miserly take on the human experience."

Paul continues, "Surely human beings are capable of empathizing with those whose ethnicity or country of origin differ from their own. Surely storytellers have the ability to faithfully imagine the experiences of 'the other.' If we followed the solipsistic credo of always “centering” identity when greenlighting a project, we’d lose out on much of journalism, history and fiction. Culture is a conversation, not a monologue. 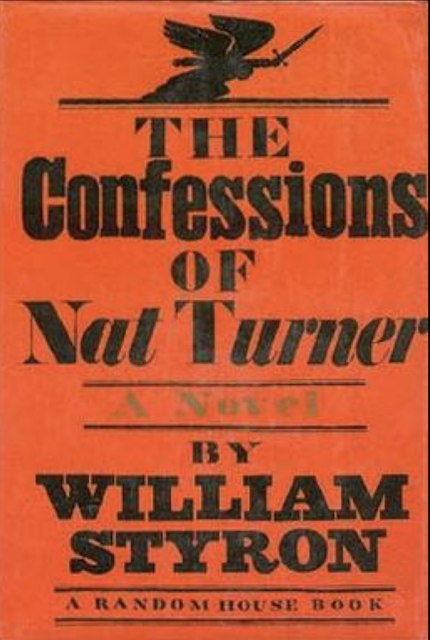 When I was a boy, the great writer William Styron was excoriated for having written "The Confessions of Nat Turner," the story of an 1831 slave revolt, for which he won a Pulitzer Prize.

Paul writes, "The outsider’s take, whether it comes from a journalist, historian, writer or director, can offer its own equally valid perspective. There is almost never just one side to a story. Or even just two. Think about the great art that would be lost if we loyally carried out this rigid identitarian mandate. If a man can’t write about a woman, then Tolstoy doesn’t get to conjure Anna Karenina....

"Though you gain something through 'lived experience,' you lose something as well. You may find it harder to maintain a critical distance, which can be just as useful as experiential proximity. You may become blinded to ideas that contradict your own or subconsciously de-emphasize them. You may have an agenda. A person who tells the story of her own family might, for example, glorify a flawed father and neglect to mention a delinquent brother-in-law."

If I were working an in ad agency or a holding company, especially if I had a DEI role (it should be part of everyone's job) I'd ask everyone to read the piece. I'd encourage discussions. Being bold, I'd probably even invite Paul into the agency--or agencies--to talk about this.

Perhaps most important for us a "creative people," is for us to consider that "Authenticity of voice is only one criterion by which to judge art..." or any communication.

As Paul says, "A creator may represent the identity of some characters, but unless a story’s cast is remarkably homogeneous, that person can’t authentically represent all of them. Furthermore, authenticity of voice in a novel, for example, doesn’t guarantee quality of prose, storytelling, pacing, dialogue or other literary merits. Good writing, a strong performance and a great story all are feats of the imagination."

Paul, and I will leave the final word to Skip--that is Harvard professor Henry Louis Gates, Jr. Gates writes “whenever we treat an identity as something to be fenced off from those of another identity, we sell short the human imagination.”

In other words, what an impoverished world we would build when we assert we can only create and relate stories about people like ourselves.

1. We must present the truth.

2. We must be empathetic.

Truth is currency. It's why we should believe and trust.

Empathy is love. It bridges differences; it teaches us.

I'd hate to live in a world without Shylock, a Jew created by a Gentile.

I'd hate to live in a world without fiction.

Without things that are made up.

Without leaps of faith.

I'd hate to live in a world where we say the only experience that matters is lived experience.

That's a world without