Before the hagiography begins. 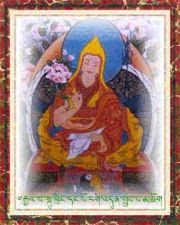 I have nothing against the Dalai Lama who is about to waft into the US to spread his serenity and enlightenment. God knows, I could use a bit of each. However, I would like an accounting, from either the "Reincarnation of Compassion" or from our Government, of the Dalai Lama's role as a CIA operative. Is he still on the CIA's payroll? What has he done with the sixty tons of treasure that preceded him into exile? What does he wear under his robes?

Here's my point. On Sunday I watched twenty minutes of football on television and ten of those minutes were spent scrutinizing whether or not a certain receiver's feet were in bounds when he made a catch. If we can be so scrupulous about football, why are we so derelict with matters of, arguably, more import?
Posted by george tannenbaum at 8:57 AM

Who said the chinese government was paranoid.

Who said the chinese government was paranoid.