Sometimes you need a kayak. 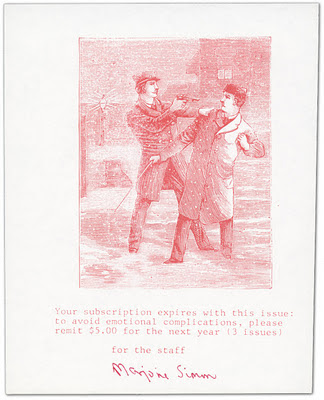 I just read a memoir by Roger Rosenblatt, "Kayak Morning." It's a rumination about the death of his 38-year-old daughter and the nature of grief.

We read and use phrases like "getting over grief," "coming to terms with grief," "making peace with grief," "learning to live with grief." Such phrases are well and good--they seem to make sense. That is, until you're actually grieving. Then, they have the emotional perspicacity of a Hallmark greeting card.

In "Kayak Morning," Rosenblatt introduced me to George Hitchcock, the editor of a small but prestigious poetry magazine called, as you might expect "Kayak." The journal was published for 20-years, 64 issues. At which point Hitchcock shut it down. "Any more," Hitchcock said "and it would risk seeming an institution. After that, ossification and rigor mortis.”

There was a motto that was printed with each issue of "Kayak." “A kayak is not a galleon, ark, coracle or speedboat. It is a small watertight vessel operated by a single oarsman. It is submersible, has sharply pointed ends, and is constructed of light poles and the skins of furry animals. It has never yet been successfully employed as a means of mass transport.”

In this era of fascist collaborationists, of insistent know-nothingisms, of pompous
pontificators, it's nice, for me anyway, to think of someone who did something by himself. The world is too much with us, and all that.

What no one talks about or laments in our open-work-plan, interruption-phreno-genic offices is the power of setting out on a spiritual kayak. Where nothing but heaven is above you and nothing but water below.

That might be when peace occurs and good work happens.
Posted by george tannenbaum at 9:20 AM

Thank you for writing. As one who finds great satisfaction in creating alone, I appreciate your focus.