Last week was a bad one.

Too awful and internecine for details.

Let's just put it this way: not counting vacations, I've had a career of roughly 1,600 weeks.

This was probably the worst.

But this weekend, I got a weekend.

The storm system that blew no good had passed. The situation that had looked so hopeless and dire, well, let's just say cooler heads prevailed. 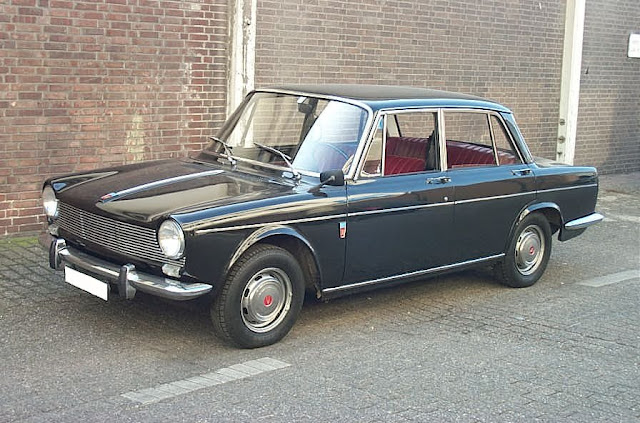 So early Saturday morning and early Sunday morning, I loaded up my 1966 Simca model 1600 and drove up to the beach.

It's a long strip of sand rimmed by a boardwalk, empty now that summer is gone.

In the distance you can see the girders of the lonely Ferris wheel and the interlacing beams of the old wooden roller coaster.

The beach is quiet.

The Long Island Sound has under-achieving waves. They break with a whisper, not a roar.

While the water was cold--cold for humans anyway, it was perfect for the half-dozen or so retrievers or labs or Portuguese water dogs who cavorted in the surf.

We walked and walked. Back from one end to half mile away, the other end. Me throwing Whiskey's duck decoy in the sea so she could, triumphantly, bring it back to me.

I was far from the noise of an edit suite.

Far from the chips and the crises. Far, too, from the intractable horror of terrorism, and terrorists we can't seem to defeat.

The weather was clear and sunny and windy.

In that it kept the dogs active and the people away.

A man with a lab walked toward me. He tossed a ball for his pup and smoked a cigar as long as a baby's arm.

We chitted and chatted for a moment.

Then he went his way and I went mine.

Whiskey rolled in the wet sand.

Who cares, I thought.

Who cares.
Posted by george tannenbaum at 8:44 AM