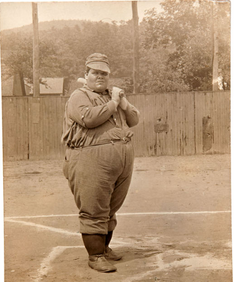 Back in 1975 when I signed on to man the esquina caliente (hot corner) for the Saraperos de Saltillo in the Mexican League, the team was made up of a bunch of cast-offs and oddballs.

I had chosen to try out for the Saraperos for exactly that reason. They were new to the Mexican League, having joined it in 1972 and they were perennial cellar-dwellers. I figured of all the teams in the league, I would have the best chance of playing with the Saraperos.

Back a century or more ago, a centerfielder named William Ellsworth Hoy played for the Washington Nationals and the Cincinnati Reds among other teams. In 14 years in the big leagues, Hoy amassed more than 2,000 hits.

He also carried the nickname “Dummy.” He was stone-deaf, having contracted meningitis at the age of three.

The Saraperos had no deaf players back in 1975, but our starting catcher, Luis “El Gigante” Mantequilla was partially blind in his left eye.

Mantequilla’s blindness was of the baffling sort. The way I understood it, his vision was a bit like the vertical hold on an old television set. There were times you could adjust and adjust and the picture would keep flipping. And other times, inexplicably, when the picture would be just right.

But when he could see, watch out! He stood only 5’6” but weighed well in excess of 350 lbs. And he had the strength of ten men. When the bus in which we traveled to games had a flat, more often than not, El Gigante would lift one end while the tire was being changed.

And when Mantequilla could see (which happened without notice about once every four or five games) he could larrup the pill into the next county, or even the country after that.

One afternoon, we were playing the Pericos de Puebla, the Puebla Parrots, when El Gigante dug in at the plate. The pitch came—a tirabuzon (screwball) and it bent so sharply that the plodding Gigante couldn’t dodge it. It hit him square in the right eye.

The big man tried to shake off the pain, he tried to continue playing, but in short order our Manager, Hector Quesadilla ran out to home and yanked him from the game. El Gigante was now blind in both eyes.

The next day, however, in a double-header, a doble juego, against the Tabasco Olmecs, Mantequilla was back in the line-up as usual, overcoming the admonishments of Quesadilla to take a day off.

Strange as it seems, Mantequilla was indeed “bien.” Though he was blind now in both eyes, inexplicably he was hitting like never before. Whereas for months his batting average was below the storied “Mendoza Line,” (The Mendoza Line is an expression of batting incompetence based on the exploits of shortstop Mario Mendoza) now the fat man was blasting the ball.

His average climbed like the temperature of Hell in August, until it finally settled in and held at the improbable height of .477. With power.

Before long, his nickname “El Gigante,” was replaced by “El Ciego,” the blind.

It doesn’t matter what league you play in, and it doesn’t matter if your physique makes the Michelin man look svelte, if you’re hitting .477 with 54 homers with one-third of the season left, major league scouts will flock to you like frat boys to flat beer. The scouts came in droves. They came brandishing contracts. They came will all sorts of mammon, from Lucullan feasts to ample temptations of the flesh.

“Estoy bien,” was all El Ciego would mutter. “Me quedo aqui.” I am fine. I stay here.

The scouts took a hint. They gave up recruiting Mantequilla. And it’s a good thing they did too. Because after they left, the lucky/unlucky batsman got hit once again in the noggin. And just as inexplicably, this blow restored his vision, 20/20, to both eyes.

Now that he could see, he could no longer bat. His batting average plummeted like a runaway elevator.

At the end of the season, when I hung up my spikes, El Ciego/El Gigante/Luis Mantequilla hung up his.

No matter how good his vision.
Posted by george tannenbaum at 7:21 AM