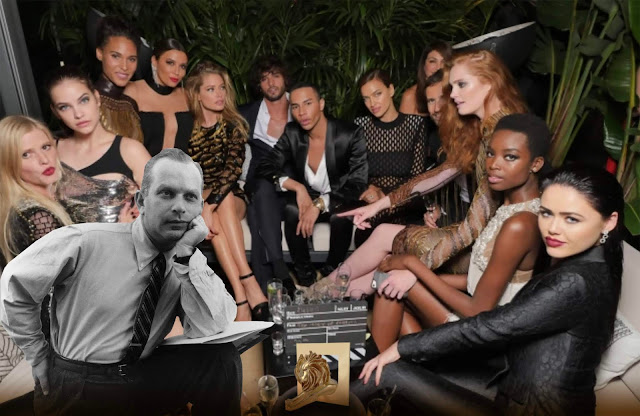 Last night with a shock I sat bolt upright in bed. No one else was awake in my apartment, but I heard a clattering sound coming from one of my spare bedrooms.

It was a sound I was familiar with, but couldn’t immediately place. A sound I hadn’t in years heard. I got out of bed and grabbed an old pull-up bar off its bracket in the hallway. I’ve used that bar against the putative advances of burglars since the bad old days of New York in the 1970s and 80s. 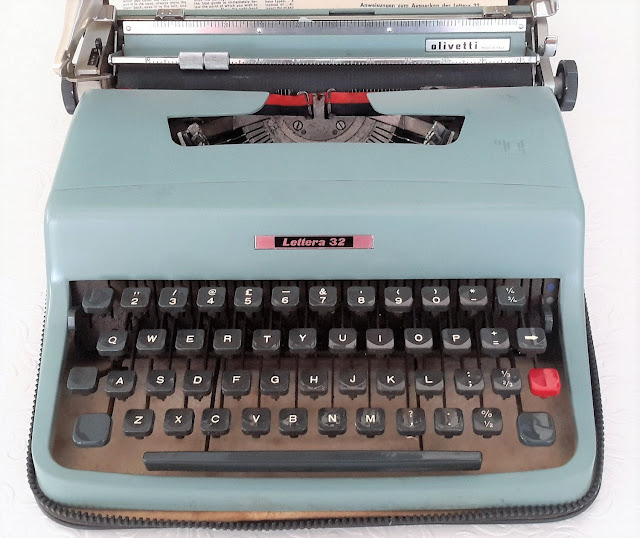 Brandishing the steel bar like a medieval mace or sword, I headed to our extra bedroom and the clacking, clattering sound emanating from it. Just then, I heard the “ting” of a small bell. It brought into focus the sound I was hearing. Someone was typing on the old blue-green Olivetti typewriter I had decorating my rolltop desk in the room.

I swung open the door and at the desk wearing a well-blocked fedora and smoking a Chesterfield a man sat as an apparition. He removed the cigarette from his mouth and sipped at a cup of coffee. Then the being rose and put out its well-manicured right hand, to shake mine.

“Bill Bernbach,” the ghost said, introducing himself. “Sorry to barge in like this. But I just got back from the festival at Cannes and I couldn’t find a typewriter anywhere.”

I stood there mute. As I’ve written so many times before, I’m no stranger to seeing ghosts but I hadn’t expected Bernbach—especially since of the 12 or 16 agencies I’ve worked for, I never got into Doyle Dane.

“Hello, Mr. Bernbach,” I said dumbly. I pulled up a seat near him.

“Get me another cuppa jamoke, willya?” he said, turning back to the Olivetti. “Black. And hand me my attaché case.” He rifled through the case, found some scrawled-upon yellow legal pads and went back to the old Olivetti and began touch-typing again.

I shuffled into our kitchen and made a pot of coffee. I filled his mug and ran back into the spare room.

“It’s my dispatch from Cannes,” he said. The carriage of the old machine was moving like a piston in an old V-8. He typed for a few moments in silence, pausing only to drag deep on his Chesterfield or to drain another cup of Joe.

Then he pulled the sheet of foolscap from the machine, pushed back in his seat, rotated to face me and then read with his cigarette balanced on his lower lip like a skilled tight-rope walker.

“Cannes, France,” he began reading like Ed Herlihy or another old newsreel announcer. “Dead on arrival, 2018. The advertising industry. Dead from an overdose of its own self-absorption. Killed by a passel of gimmicks soaked in rosé and served with a heaping portion of egomania, pretense and indulgence.

“We award and herald ads that never ran. We create pharma ad after pharma ad, for illnesses that don’t exist. We have devolved into indulgent statuary and stunts, pretense and puffery. We pat ourselves on the back as our industry is withering and dying. We have forgotten, or worse, ignored human emotion—we fail to connect with people in honest, warm and comforting ways. We afflict the afflicted and comfort the comfortable. We forget to make—and keep—promises to our viewers and treat them as we ourselves would like to be treated.

“We subject people to Stasi-like surveillance and sell their personal information to profit on their every motion, move, hover and thought. We do this in the name of commerce and have become, as Marx foretold, the rattling stick inside the swill bucket of capitalism. We have become the embodiment of Gresham’s Law—bad has driven out good.”

Like a powerful outboard engine running out of gas, the old man was fairly sputtering now. While his words, his tirade was accelerating, his image was right in front of me growing dimmer and more diffuse.

And then, as ghostly as he had appeared, he vanished.

I returned to bed. But not to sleep.