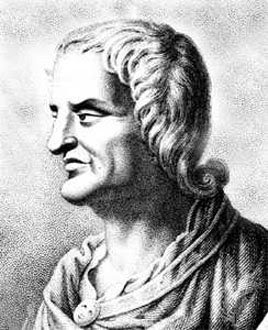 The agency at which I toil has a telco account. As a consequence a good percentage of people at the agency get a phone the company pays for. Meanwhile someone in faraway management decided to save money by making sure we phone users couldn't do something frivolous like downloading our own ringtones. Those 99 cent charges would cripple us. So everyone has the same ringtone. Everyone. Which means and I'm serious here, every time someone's cell phone rings about 100 people in the agency do the pocket-pat and start looking for their devices. No kidding, I figure I spend twenty minutes a day reaching for my phone to answer calls that aren't for me.

This is an extreme and ridiculous example of a new trend in our business and the world. I call it "Line-Item Management." This is where a company spends so much time scrutinizing costs that it actually costs them more money than they would otherwise save.

We are now rationalizing every line item on every estimate. We are now breaking aggregate costs into their component parts at which point batteries of client cost controllers kick them back and ask for more detail.

The New York City Subway probably works like this. The regular fare is $2. But it probably costs $1.75 to collect that fare. You've got thousands of token booths and fare machines. You have turnstiles and their maintenance. You have law enforcement. Then you have people not taking the subway because for short trips it costs not much less than a taxi.

Now imagine if you eliminated the fare. You'd lose some revenue but ridership would increase as would the productivity of the city and then, therefore, tax revenue. In short, we could all ride free and the city would benefit economically.

The advertising and marketing industries are now run by procurement. Large departments that produce nothing and cost a lot because a) they all have salaries and b) they force agencies to spend and spend and spend by accounting for their spending.

A couple thousand years ago Juvenal, the Roman poet pictured above asked, "Quis custodiet ipsos custodes?" "Who will watch the watchers?"

Juvie, I've got the answer for you. No one.
Posted by george tannenbaum at 8:34 AM