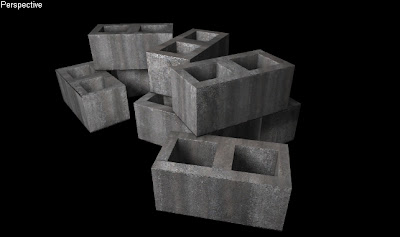 Last week according both to a company memo and an article in Adweek, DraftFCB "shuffled its leadership team." http://www.adweek.com/aw/content_display/news/agency/e3id27113ae043af5fc6b7eb4d39a400e99 OK, I said, reading the headline, finally someone at DraftFCB realizes they need a real overhaul. They have done nothing but lose business and revenue over the last two years. Even if financially DraftFCB were status quo, their work is lackluster at best. At last, I say, a shot in the arm is coming.

Then I read the article.

Now, I'll admit I am naive. I always thought shuffling involved seriously mixing things up. Apparently not at DraftFCB. What shuffling means in their context is that the C-level white men who have presided over DraftFCB's mediocrity have either added more grandiose titles to their business cards or swapped titles with each other. Howard Draft is no longer Chief Executive Officer, instead he is Executive Chairman. Laurence Boschetto, formerly Chief Operating Officer and President is now Chief Executive Officer, Chief Operating Officer and President. And Jonathan Harries, Worldwide Chief Creative Officer is now also a Vice Chairman. Draft praised Boschetto and Harries for their "Herculean efforts on behalf of the company." Herculean is great. But what if you suck?

Here's the way Ad Aged reads these well-deserved promotions. Management at DraftFCB has found a way, amid massive layoffs and business setbacks, to give itself raises.
Posted by george tannenbaum at 7:29 AM

Here's the kicker, the internal memo announcing his and his cronies' promotions came from Howard Draft. It's title: "Some well-deserved promotions." Sick.