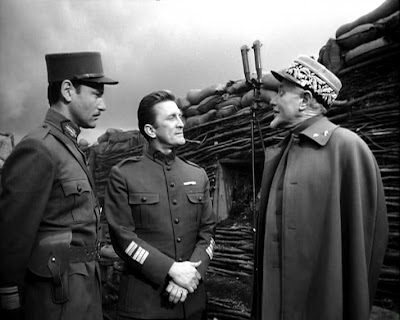 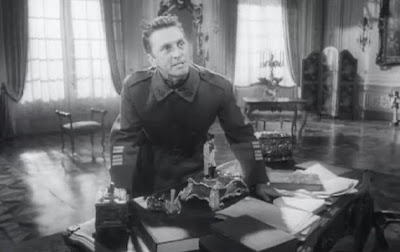 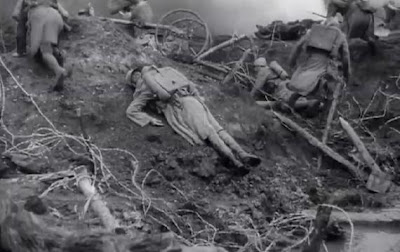 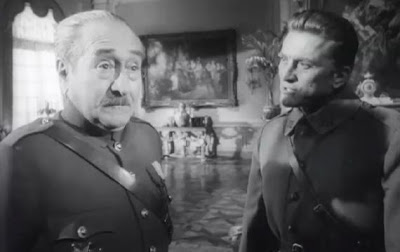 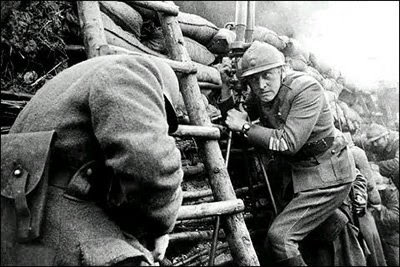 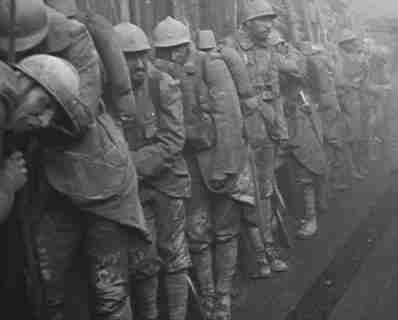 The movie that marked Kubrick's emergence into the big time was "Paths of Glory," a 1957 film that starred Kirk Douglas, the ever-under-rated Ralph Meeker and Adolphe Menjou. "Paths of Glory," though nominally about WWI has taught me more about how not to manage and what not to like (or to despise) about management than anything else I have ever seen, read or experienced.

Here's the crux of the matter. Douglas, a lawyer while a civilian, is now a Captain in the French army. His command is pinned-down in a filthy trench facing a German barrage every time they make a move. The cinematography in the trench is seminal Kubrick. Handheld. There. You can smell the sweat, stink and fear. You can see the gristle, dirt and death.

Cut to Adolphe Menjou, an aristocratic General housed in a former palace miles from the front. He needs to make himself look good. He wants another bauble on his epaulette. So Menjou orders, by radio of course, Douglas' to have his men charge out of their trenches to a certain death. Ah, Glory!

Douglas' men comply and get slaughtered but some refuse. Menjou needs to assert command and has Douglas pick three soldiers at random for execution.

This is so often what happens in agencies. The fellas at the top have no sense of what life in a trench is like. And when firings come people are chosen while they are safe in their palaces.

I am thinking of Enfatico--one of about 79 "agencies of the future" who announced layoffs yesterday.

To the best of my knowledge, Enfatico has yet to produce a single ad for its only client, Dell. I'm sure that failure should not be borne by the people being schmised by the agency. I'm sure there are Enfatties at the "C-level" shaking their heads, tsk-ing, destroying and expensing car-service to their country places.

Paths of Glory.
Posted by george tannenbaum at 8:45 AM