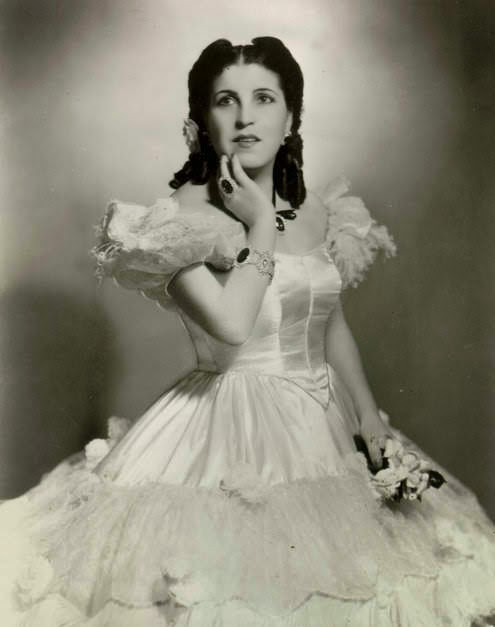 About 30 years ago, my wife got bit by the Opera bug. For whatever reason, she fell in love with the art form. To learn more about Opera, to get an inside look, she took a Master Class presided over by the exalted soprano Licia Albanese.

Albanese was one of the greats--a specialist in singing Puccini operas and when she retired from the Metropolitan Opera in 1966, she had performed in over 400 Met productions.

Albanese died on Friday at her home in Manhattan. She was 105.

Albanese was more than just a belter of tunes. She was a musician. As such she understood the nuances of the music she was singing to. She knew when a composer made a mistake. And she adjusted to that mistake.

For instance, when she was playing her most famous role, Cio-Cio-San in Puccini's "Madama Butterfly," she realized Puccini had not left a long enough pause in the music to allow her to take off her shoes before entering a home.

Albanese took her stage shoes home with her and practiced taking them on and off until she could do so without crossing up Puccini's score.

It's about making things work. It's about putting your craft first and your ego second. It's about being a professional. A grown up.

It's easy in our business to cite all the reasons why when things don't turn out great. It's even easier to sit in judgment and, with vitriol, disparage work that's actually running and the people who do it.

What's harder is battening down the hatches and making something work. It's not about shrugging your shoulders and saying "it is what it is," and throwing in the towel.

Life and careers are about finding some gumption  and some ingenuity and making it happen. For better or worse.


Posted by george tannenbaum at 8:20 AM