In which I reveal my political point of view.

The pussy-grabbing events of this weekend are so mind-numbingly dreadful that it's hard for me to once again not stare into the mixed-metaphor abyss of the Black Dog.

But as Consolidated Edison used to say when I was knee-high to the latest apocalypse, "Dig We Must." 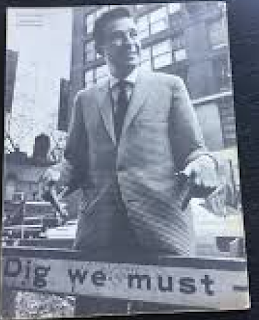 This man is worse than loathsome.

He brings out the worst in us.

If we are, as humans, meant to be enlightened by the better angels of our nature (Lincoln's words, not mine) Trump invites the opposite.

Those better angels were four:

Or in the words of Joseph Welch to a Trump spirit-twin, Joseph McCarthy, "Sir, have you no sense of decency?"

This is not a normal assault on America.

And the response cannot be that Trump is just another candidate.

I am disappointed at our industry and at our clients for not using our enormous power to influence to highlight and combat this clear and present danger.

Trump might only be a tinpot version of Hitler.

But he is a version.

And he must be stopped.

Posted by george tannenbaum at 9:08 AM