When I was a kid in New York in the 1960s, Chaos Theory was every day being put into practice. The number of murders in the City might be one way to gauge this.

In 1966, John Lindsay, a Hollywood-handsome liberal Republican was elected mayor of New York City. He was a new breed of New York politician—a Kennedy-like figure (John or Robert) who was as far from the cigar-chomping machine candidates as you could get. A breath of fresh air. 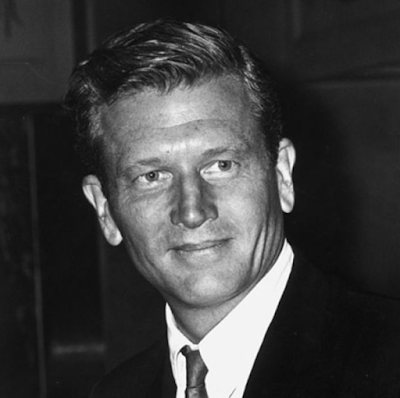 One of the first things—this is my memory anyway, and it could be fuzzy—Lindsay did, in a city that was failing on almost every front, was paint the garbage-trucks stark white and mark them with stark, black Helvetica with the word Sanitation. 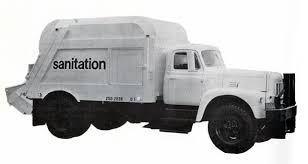 Before Lindsay, garbage trucks—again this is only my memory—were painted battleship-grey, probably with surplus paint left over from World War II.

I was thinking about white garbage trucks and advertising popped into my head.

A white garbage truck is, at its root, a bit of an oxymoron. Garbage, especially New York-24,000 people per square mile-dense garbage, is slimy, oozy, fetid, fermented and gross.

Lindsay wanted his fleet to be as white as a hound’s tooth.

To my mind, it was a semiotic thing. White, clean trucks spoke of order.

They also spoke of hope.

As counter-intuitive as it was, our garbage trucks could be, if not pristine, then at least not putrid. 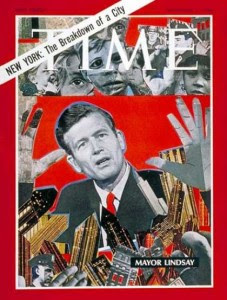 Too many of the assignments we get and our approach to doing them is too modest.

We make things and say things that sound like what everyone else is doing.

We paint our garbage trucks battleship grey. And we don’t care that they stink. 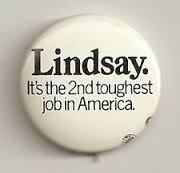 Lindsay was a failure as a mayor. (Though he did make an attempt to run for President in 1972 with the slogan: “It’s the second toughest job in America.”) By 1968, New York stunk through a major garbage strike.
The great Garbage Strike of 1968

The city was, if not dead, it was mostly dead.

But I’ll say this, he tried.

Posted by george tannenbaum at 10:22 AM