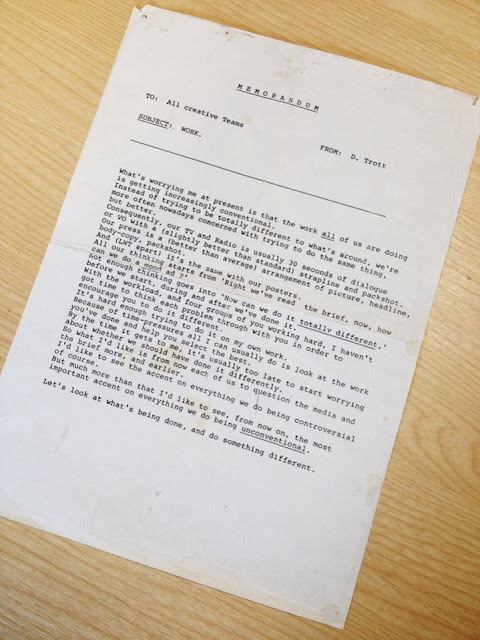 It will make a difference in their careers.

It comes from the great Dave Trott.

Look him up if you don't know him, because you should.

I ran across this note earlier this week and sent Dave a note asking if I can use it for this blog, and if there's any backstory I should know about.

Here's what Dave wrote to me, only slightly edited:

"That memo must have been written about 30 years ago on a typewriter, and copied on a Xerox machine…

As far as any backstory goes -

My advertising thinking was always pretty simple and basic, as follows:

Advertising types may sit and argue over which is the better O but consumers don't do that.
They just see the one that's different.
Not better, different.

So we need to ensure whatever we do is different at the fundamental stage - media, strategy, brief, etc.
Before we get anywhere near execution.