While the rest of the world seemed to be descending on Austin, TX and the wildly-over-heralded South by Southwest, Uncle Slappy and Aunt Sylvie decided to fly up for a week and crash in our guest room.

In short order, Uncle Slappy and I found ourselves headed over to 92nd and West End Avenue to the classic six-room apartment of Sammy Glickstein, who every March holds his own, private festival: Oy by Oy Vey. (OxOV.)

Glickstein's apartment was last decorated in the early 1970s. He still has dial telephones throughout the place, old console television sets and ceramic dishes of the sort you used to buy for 29-cents a plate at the Finast supermarket over on Broadway. 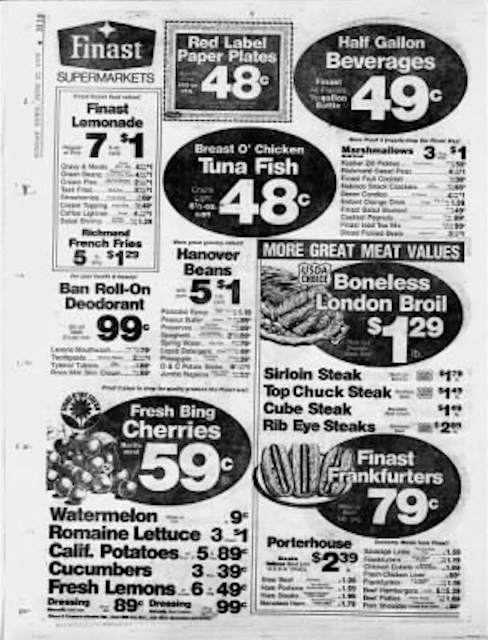 We were about the 12th and 13th old Jewish men to arrive in Glickstein’s sprawling apartment, and I quickly grabbed a plastic cup of Kedem grape juice and a slightly stale piece of sponge cake with small, candied apricot slices embedded in its top and one of each for Uncle Slappy, too. We stepped into the sunken living room and took our seats on either side of  a flabby 70-something wearing two kinds of plaid.

We were all making small talk—kibbitzing, if you will—and Uncle Slappy introduced himself to the man sitting alongside him.

“Herman Lotstein,” he said to Uncle Slappy, sticking out his large right hand. “This is my 19th Oy by Oy Vey. It started as a music festival. But it’s changed through the years.”

“And what is the purpose now,” Uncle Slappy asked.

Lotstein laughed. “Who says we need a porpoise? We talk about things we see in the world, as a group we then respond by saying either ‘oy’ or ‘oy vey.’

“We try to keep it a little lighter than that,” Lotstein says. “The world’s depressing enough without pushing it over the edge.”

Glickstein stood up and pounded on his glossy dining room table using a stale sesame bagel as a gavel. “Order. Order. This, the 20th Year of Oy by Oy Vey hereby commences,” he stated.

“Speaking of Oy by Oy Vey,” said a short man with un-ironic thick-framed glasses, “I’ll start with this: De Blasio.”

That earned a chorus of Oy from the minyan.

Uncle Slappy entered the fray by offering a peeve and seeing what kind of reaction he’d get. “Toast that’s just warmed bread. It’s not dark and crunchy and delicious. It’s just once through the toaster.”

That gained a chorus of Oy Veys.

“It’s horrible,” said a fat man wearing an old grey Mets sweatshirt and a battered Barney Greengrass “The Sturgeon King” baseball cap. “Every day on the news it’s ‘recreational marijuana.’ What about a proper piece of toast? Oy vey.”

Lotstein nudged me with his right elbow, “good one,” he stage-whispered.

An old man with four strands of hair stood up and asked for the parquet floor. The room grew silent and four strands spoke. “Hudson Yards, Hudson Schmards,” he said derisively about the gigantic and overbuilt real-estate development on the far west side of Manhattan. “You can’t see the Hudson and there are no yards.”

That drew a round of laughter and a hearty set of Oy Veys.

A skinny man wearing a fedora whose face was 74% nose, harrumphed. He waited a second for the room to quiet, then turned his gazed to the heavens, or the ceiling, whichever came first.

“The Knicks,” he said. He let it sit there for a minute. “The Knicks.”

The mention of the woebegone cagers brought the loudest Oy Veys of the night. Then Fielding Shapiro, Glickstein’s down-the-hall-neighbor interjected, “Lightning round.”

“Hipsters,” said another. An “Oy” echoed off the plaster walls.

“Hipsters who walk down the sidewalk without looking at anything but their cellphones,” another man said.

There were “Oy Veys” everywhere.

That brought the house down. It sounded like the old Broadway musical “Bring in da noise, bring in da funk,” but set to a staccato of Oy Veys. Call it, "Bring in da Oys, Bring in da Veys."

We got up off the sofa and walked over to Sammy Glickstein who was standing near the dessert table. Uncle Slappy wrapped in a napkin two pieces of sponge cake and a small chocolate cookie, he put the package in the left pocket of his winter coat. Then he wrapped up two prune hamantaschens and hid them deep in his right coat pocket.

“They're fahlattah cookies," Uncle Slappy said to no one in particular.

Uncle Slappy thought for a minute then said, “If I don’t get home now, my wife, Sylvie, will complain.”

Glickstein looked him dead in the eye.

Outside, it took us four minutes to find a taxi.