Some thoughts on hugging good-bye.

Last night a young planner I was fond of, a very bright young man, had his going-away party. Stephen King in “Stand by Me,” wrote “Friends come in and out of your life like busboys in a restaurant, did you ever notice that?”

That’s the way it is sometimes in agency life. Especially when you’re, like me, the agency’s ballast. Sometimes I feel like the granite lions in front of the New York Public Library on Fifth Avenue. The world comes and goes, and through all the slings and arrows (back to Shakespeare) of outrageous fortune, I remain.
In any event, as I was leaving I went over to my friend to shake his hand goodbye and wish him luck. Like I said, I liked him. He’s smart and driven and I understand that he needs more room to be…him.
We shook hands, and then…he hugged me.
Shit.
When I go to things like this I should wear a little button maybe. It might look like this. 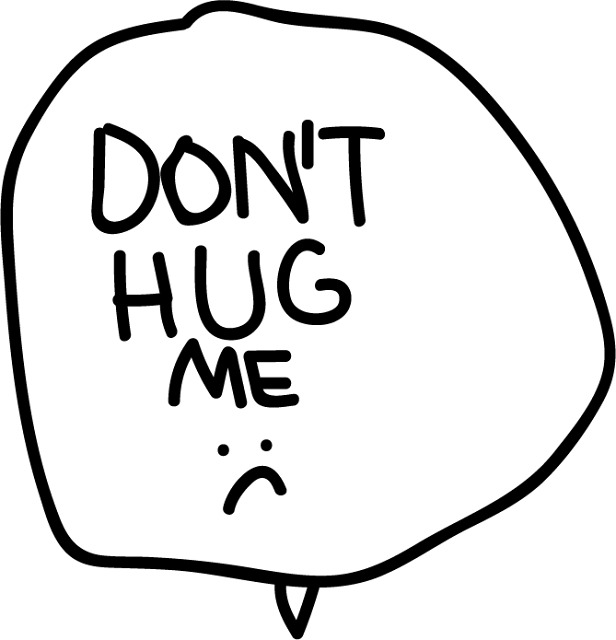 It’s not that I don’t like people or don’t understand the motivation for and the intention of a hug. It’s just I didn’t grow up hugging.
I don’t think I hugged my old man once.
My brother and I, and my cousin Howard and I, try on occasion. But to me I always feel like an eighteen-wheeler going into a parking-space meant for a golf cart.
Even when I played ball so many summers ago down below the Rio Grande in the Mexican Baseball League, I never hugged. Even after I cleared the bases with a shot over the left-field wall to win a tight game, we’d slap hands, pat backs, shake, but seldom hug.
Hector and I hugged before he died four winters ago. And that was nice, I’ll admit. Holding close the man who lifted me from childhood into adulthood.
But, as I said, like so much of my life today, much of what it’s expected that I do or watch, or say or think, much of how people expect me to behave, is from a culture that’s entirely different from the world I grew up in.
It’s not going too far to say that the only place I feel truly comfortable is when I’m home reading back-issues of “The New Yorker,” or in my therapist’s office (I’ve seen him every Thursday at eight for 26 years) which is decorated in the style of Freud’s in early 20th Century Vienna.
That’s all for now.
Hugs.