Tucker Carlson and his sponsors.

I know Friday was International Women’s Day. And that’s fine. I really don’t have anything against days, international or not.

And that’s a good thing. Because according to nationaldaycalendar.com, there seem to be more than a dozen International Days a month.

This month, for instance, we have:

If the world lasts until April 25, you can celebrate World Penguin Day. And May 1 is Global Love Day, while May 7 is International Naked Gardening Day.

What I do have a beef against is this: lying.

It makes my blood boil to see a major corporation portray itself as caring and noble and righteous when they are really nothing of the sort.

I hate corporate BS. I hate deception. I had liars and the lying lies they lie about. Especially when corporations do it to deceive the public and sell more shit.

I’ve just run across some statements made by Tucker Carlson, the radical right commentator on the anti-democracy network, Fox News.

The “fake” Washington Post reported on Monday, March 11, that

“…Nonprofit Media Matters for America that compiled and transcribed more than a dozen instances of the host appearing on the “Bubba the Love Sponge Show,” … In the segments, Carlson suggested underage marriage is not as serious as forcible child rape, called rape shield laws “totally unfair” and once said he would “love” a scenario involving young girls sexually experimenting. He also described women as “extremely primitive,” and used words such as “pig” and the c-word.

Carlson also defended “Warren Jeffs, the former leader of the Fundamentalist Church of Jesus Christ of Latter-day Saints who is currently serving a life sentence for child rape.”

Proctor & Gamble is one of his sponsors.

And while P&G is sponsoring the radical right, radical misogynist Carlson, their Twitter page looks like this: 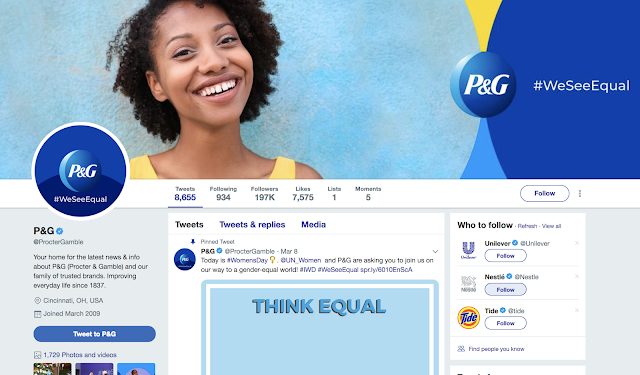 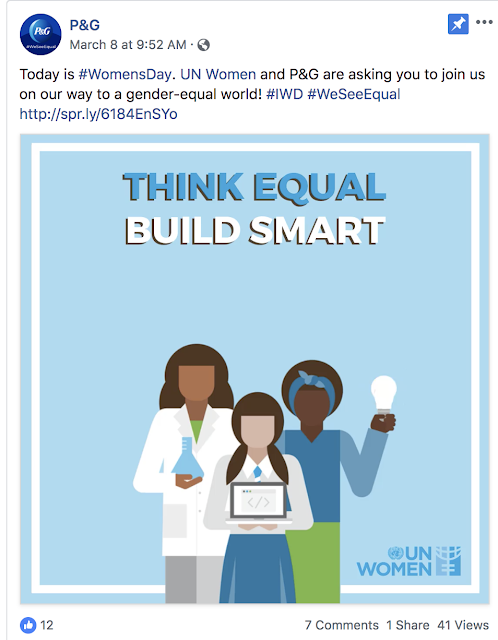 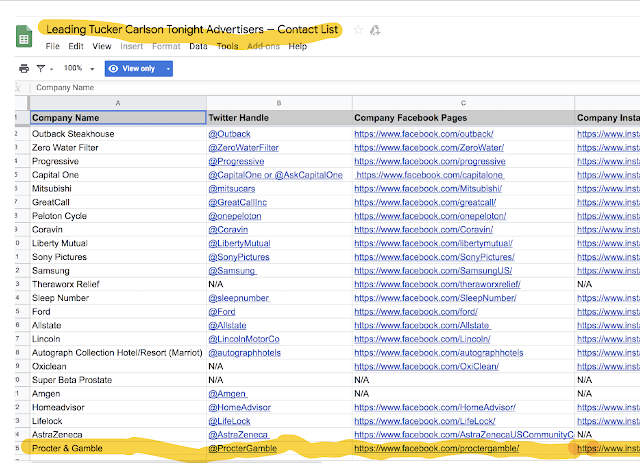 Would you sponsor anything to do with this man?