In my 347 years in advertising (that's just this month), I've noticed a disturbing proliferation of decks.

The fact is, I hardly heard the work deck until about 15 years ago. Now we have whole departments in agencies who produce nothing more than decks. You have deck designers. You have people whose entire careers depend on decks. As an industry, we produce more justification by way of decks than either results or consumer-facing work.

Even creative presentations when there's always too much work to present in too little time, work is always preceded by on average 37 pages of deck. Briefs, which to be useful (and by definition) should be brief, are often 16MB of virtually undownloadable deckage with no point of view and no focal point.

Here's a Google nGram of the words "presentation deck" from 1990 till 2008. (I can find no data after that date.) The use of the words has increased approximately 800% during that time frame.

In fact, the world's leading dictionaries don't currently have a definition of "deck" as the word is used in ad agencies. 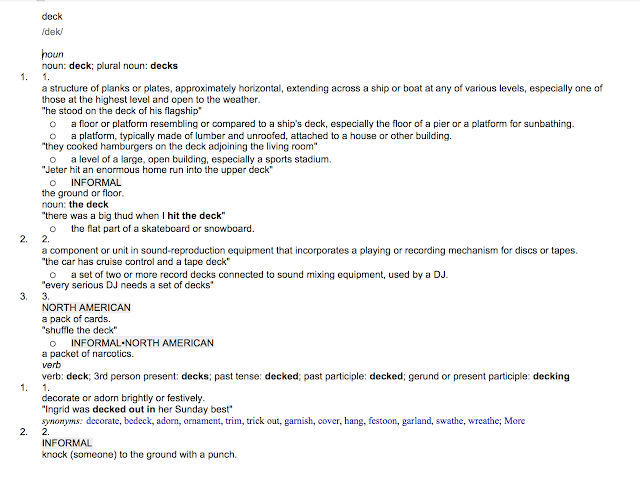 Alongside of this PowerPoint horror show is something else. Decks through the years have gotten increasingly more "chartified."

I'll freely admit, I'm from the generation that knows how to read charts. I can use an actual paper map to find a location. I can even install a printer following written instructions not pictograms. But about 95% of the charts and graphs I see I can make no sense of.

a) They're usually too small to be read from across the room.
b) They usually five shades of blue or green to indicate different readings.
or, c) They usually started out meaningless and no amount of explanation and bad graphic design can fix that.

Just to be helpful, I've come up with a few all-purpose charts that can be inserted anywhere in any presentation. They are so absolutely devoid of meaning that those using them will surely skyrocket to the top. You'll be giving TED Talks (Ideas that Mutter) in virtually no time.

Too often, it seems to me, our business is no longer about doing work. It's about creating decks that explain work that, if it really works (in real life, not in a conference room) really needs no explanation.

Imagine if before telling a joke or a story, you had to precede it with a lengthy, abstract thesis on what it says and why. That's what we seem to be doing.


Posted by george tannenbaum at 4:47 AM