Lost: One Forest, Hidden Among Trees.

Some months ago, The New York Times company bought a publication called The Athletic. To gin up their number of subscribers, the cost of a monthly subscription was lowered to just 99-cents.

I'm not much of a sports fan these days, but I miss reading a good sports page. In fact, back when I was a sinewy boy, the Times' sports page was anchored by great writers like Red Smith (who had won a Pulitzer) George Vecsey and Ira Berkow.

The Times also provided box scores and statistics. Both of which helped me follow the day-to-day and look, at a glance, at the entire season. That's all gone now. I'm not one-hundred percent sure why. And the Times' sports page doesn't even list the standings--who's leading in the various leagues, the box scores--an account of the previous day's games, or data on who has the best batting average, the most home runs, the lowest ERA and the most wins.

With the Athletic, I was hoping for a return to that statistical past.

And I got none of it.

I got more data than I ever imagined, with a new set of statistical measures I didn't understand. Some of those measures so obscure as to be utterly meaningless.

Last night for instance, I looked at baseball standings and saw that the data provided now supplies information on run differential. How much less or more one team has scored than its opponents over the course of the season so far.

Hold on. I'm getting to my advertising point. It's just taking a while.

Back in 1960, one of the greatest baseball teams in history, the New York Yankees played the Pittsburgh Pirates in the World Series. The Yankees roster included legends like Mickey Mantle, Roger Maris, Yogi Berra, Elston Howard, Whitey Ford.

In the Series, the Yankees scored more runs over the seven games than any team in history, 55. The Pirates scored fewer than half that, 27.

Yet the Pirates won the Series, four games to three.

That brings me, finally, to my point.

In the Jewish Bible, the one co-opted by Christians and deemed "Old," there's a passage in Proverbs that reads, "With all thy getting, get understanding."

That's what I'm thinking about as I write this. The version of that proverb today might be modernized: "With all thy data, get understanding."

Advertising as an industry has more information about consumers, their behaviors and their buying habits than ever before. My Amazon Alexa has the chutzpah to tell me when I'm running low on my multi-vitamins.

We have more information than ever before.

But do we know what our jobs are?

Like the aforementioned World Series, the goal isn't just to score more runs in aggregate over the course of a seven-game series. The goal is to win more games. 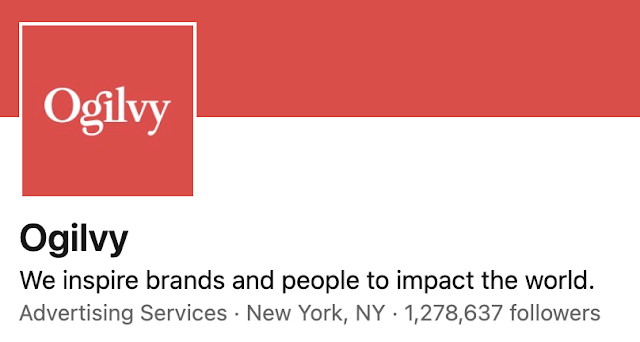 Yesterday, I saw the above online from Ogilvy.

As someone who for twelve years bled Ogivy red, I immediately thought of this: 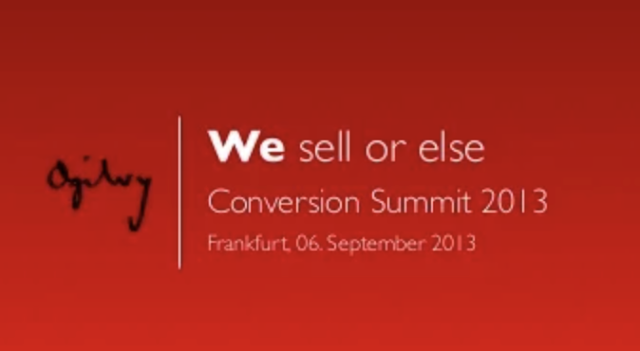 "We inspire brands and people to impact the world" versus "We sell or else."

In fact, according to noted scientist Vaclav Smil, there are four materials that make up our modern world: cement, steel, plastics and ammonia. Without them, we don't live, eat or move.

None of those four materials can be produced without huge expenditures of carbon. Switching from plastic straws is a spit in the ocean, impact-wise. 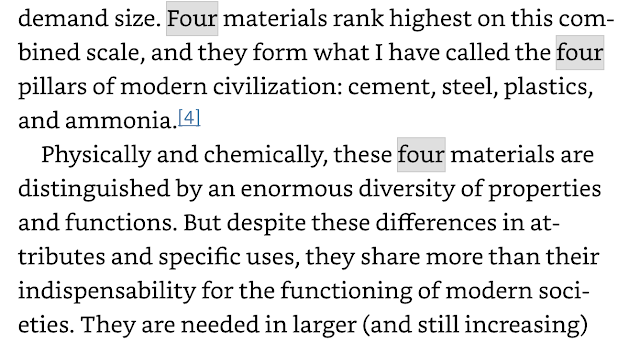 Closer to home, the best paper napkins are called "Vanity Fair." They are way better than anything else on the market. However, they're made by a company called Georgia-Pacific, which is owned by the fascist, murderous, climate-denying Koch Industries.

Can you avoid buying them? It's damn hard.

Impacting the world is for the likes of Dr. King, not Dr. Pepper.

And it's not what advertising is for.

If as an industry, we can't agree to that timeless principle, if we can't "sell" that, if we can't recruit people and new business according to that, we are wholly, completely and irrevocably fucked. And we deserve to be.

Back about a year ago, the research firm Gartner reported "Marketing budgets have fallen to 6.4% of companies’ revenue this year from 11% last year, according to the annual CMO Spend Survey...The new level is the lowest since the survey began in 2012 and the first time it has dipped below 10%, Gartner said."

I don't wonder about that 41% plummet in marketing budgets as a percent of revenue.

I wouldn't go to a dentist who promises, "I want your teeth to make an impact on the world." I'll choose a dentist because she fills cavities, keeps my gums from receding and keeps my teeth clean.

I get my business by helping clients grow.

That impacts my living and theirs. It helps all our careers.

From there, if you want to impact the world, fine. It's your dime.

Until then, let's sell things. 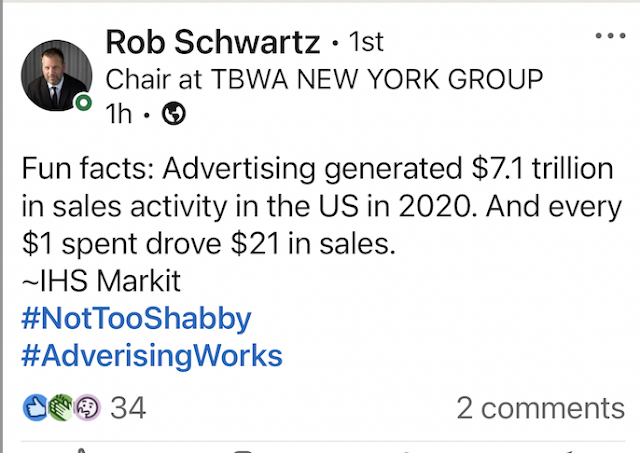 BTW, as you'd expect, Rob gets it.

Posted by george tannenbaum at 7:53 AM