Forty-one years ago when I played ball for the Seraperos de Saltillo in the Mexican Baseball League (AA), our first-bagger was a behemoth of a man called Daniel Garibay. Garibay had a major-league bat (he had hit almost 30 homers that year and his batting average hovered around .300) but he had a third-grader’s intellect.

Whereas DiMaggio hit the ball safely in 56 straight games, Garibay missed our team bus in a similarly consistent fashion. He was always reading his alarm clock wrong (maybe he set it on his table upside-down) or turning left when he should have turned right, or he’d show up at the airport when he should have been at the train station.

On a stormy night in August, we were playing the Olmecas de Tabasco—the Tabasco Olmecs—in their ten-thousand seat stadium, Parque de Beisbol Centenario 27 de Febrero. It was there Garibay put on what I consider both the best and worst display of offensive output that I have ever encountered.

Going back to Bobby Lowe’s stellar afternoon in May,1894 when, playing for the Boston Beaneaters, when he slugged four round-trippers, 17 major leaguers, including Lou Gehrig, Willie Mays, Mike Schmidt and Rocky Colavito have displayed similar prowess.

There is legend, perhaps you’ve heard of it, of a ballplayer named Jay Justin “Nig” Clarke who, while playing for the Corsicana Oil Cities in the Texas League in 1902 hit an unbelievable eight home-runs in a single day. 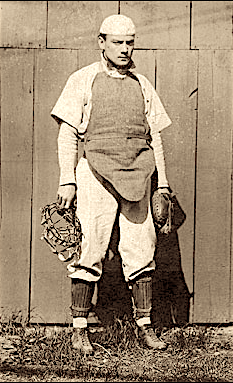 Nig had no real power. It was a fluke his eight homer game. He eventually rose from deep in the heart of and played nine seasons in the Bigs. During those years—traveling between Detroit and Pittsburgh and Cleveland and Philadelphia and St. Louis, Nig had over 1500 at bats, yet he hit just 20 round-trippers in total.

But Nig harpooned his white whale early. Down in Corsiciana, Texas, then in 1902 and now considered the fruitcake capital of the world, fhat one afternoon Nig saw the ball as big as a grapefruit—as big as a fruitcake—and swatted it over yon fence eight larruping times.

In our romp against the Olmecs (we won the game 21-7) Garibay found his way to the plate ten times. Each time he walked to the plate, he hammered a homer.

He went 10 for 10 and hit a staggering 10 home-runs. Yet given that this was Daniel Garibay, he didn’t score a run.

The first was a towering fly that went almost as high as it did far. Garibay body-Englished it left and it landed on the empty wooden benches just in from the foul pole in right field. Garibay went into his triumphant trot and missed touching the bag at first, second and third.

The Olmecs went to the umps. The umps called Garibay out. 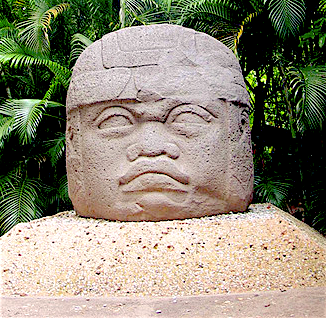 Homers two, three, five, seven and nine went deep to centerfield, hitting various parts of King Olmeca who presided over those precincts, rising out of his cement tomb to scowl imposingly at every home-run. Again Garibay proceeded to miss various bases along his journey round the bags. And again, the Olmecas—the astute Olmecas—beat Garibay back to the missed bases and he was signaled out.

Hector protested, of course he did, no one gets called out on a virtual technicality of missing a base (or two, or three) after clearing the fences, but Garibay managed. Maybe it was how he missed the bases. Truth be told, he missed them not by an inch or a centimeter, but by yards. In the annals of sloppy base-running, Garibay re-wrote the book.

Homers four, six and eight were inside-the-parkers. Garibay, in a groove, hit hard liners off the outfield fences that caromed back toward the infield. Running full-tilt and fast despite his line-backer’s size, Garibay raced to beat the throw to the plate, each time beating the throw and sliding past home without actually touching it. Each time, he was, through foot-stomping and loud Spanish argumentation by Hector, called out by the arbiter.

See an imbroglio at the plate at 1:30. Jackie Robinson and Roy Campanella saying Willie who was called safe, was out.

But the coup de grace of all of Garibay’s semi-round-trippers was his last, tenth, abortus of the evening.

We had been riding Garibay all night, all of the boys, and Hector, too. Ragging him for fouling up what could have been the greatest offensive night in all of baseball history—including little league. He had been a one-man highlight and blooper reel.

“Do me a favor,” Hector said, as Garibay stepped to the plate. “Don’t hit a home-run this time. Hit a stinking double and touch both bases.”

We all laughed at that. Everyone but Daniel Garibay. Who was pissed. Garibay walk up to the plate swinging three heavy bats. Fortunately, he remembered to toss away two bats, leaving him with the requisite one. He coiled and swung so hard at the first pitch he turned himself almost around almost 180 degrees. 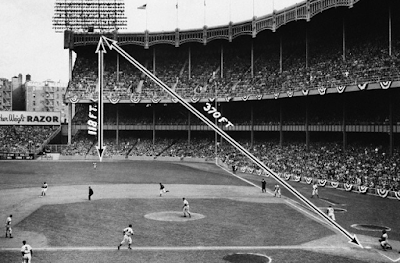 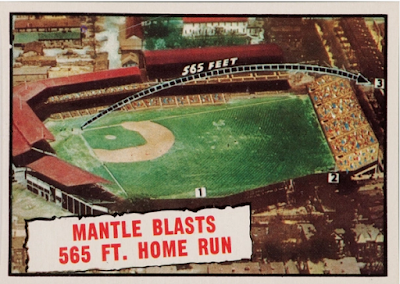 Except he was called out.

Turned around by his titanic swing, Garibay began his triumphant home-run trot running not toward first base, but down the third-base line instead. Oblivious to Hector and to various Saraperos coaches, Garibay circled the bases in the wrong direction, from home to third to second to first to home. To out.

Hector, of course, was fuming. To miss a base, bad. To slide over home, bad. But to run entirely the wrong circuit around the bases, was, for Hector, beyond the pale.

“Idiota,” he yelled at Garibay when the game was over. “Idiota, se siente conmigo en el autobús  y vamos a hablar de cómo el juego se platea.” Idiot, he said to Garibay. Sit with me on the bus  and I will tell you how the game is played.

That probably would have done Garibay good, and Hector, too, to get it off his chest.

He missed the bus completely.

Posted by george tannenbaum at 7:28 PM