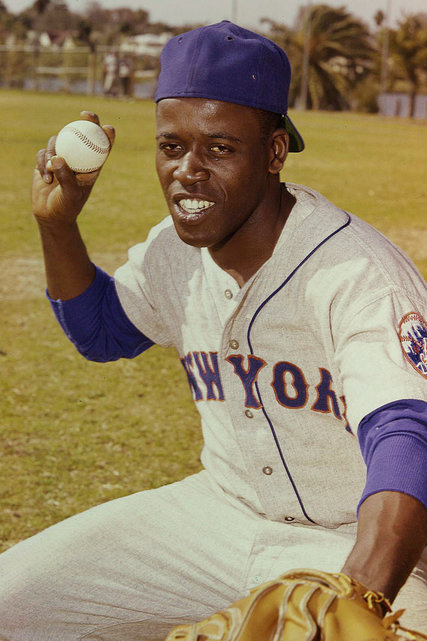 I don't really believe in ghosts, but I do believe we get visited by vivid spirits or visceral memories from our past. These spirits don't haunt me. Now and again, however, they do drop in to give me some words of advice or to just squeeze my hand with a reassuring grip.

Even my father, whom I was never close to, and certainly not "touchy" with, has come by--it's been 15 years since he died. The other day he put his arm around my shoulder and then he left as quickly as he came.

My sister, Nancy, however is more social. Nancy died in a motorcycle crash in 2007 at the age of 47. She comes by about once every two weeks.

Last night at 2:47 she woke me up and told me to go read the newspaper. She pointed me to the obituary you can find here of one of the worst players to ever play in the major leagues, Choo Choo Coleman.

Roger Angell wrote of Coleman in "The New Yorker." "He handles outside curve balls like a man fighting bees.”

Nancy was born on Valentine's Day in 1960 and the New York Mets sprung into life in April, 1962--bringing National League baseball back to New York after the desertion by the Polo Grounds' New York Giants and Ebbets Field's Brooklyn Dodgers.

Quickly the Mets emerged as the worst team ever to play the game. In their first two seasons they won a total of just 91 games--a total that many more respectable teams could amass in just one season.

I don't remember a lot about Nancy when she was a baby. I was only two years older than she. But I remember that some of her first words mentioned the player pictured above: Choo Choo Coleman.

There was something about the name that made children laugh, and Nancy was no exception. I remember her at the age of two or three, in 1962 or 1963, running around our little tilted house singing, "homerun Choo Choo Coleman."

My parents were inveterate Phillies fans, so it's likely that Nancy's words took place after a Mets loss to the Phillies exactly 54 years ago on August 15, 1962. Coleman hit a homer that day off of Art Mahaffey. Box score.

Nancy probably imitated the excitement of an enthusiastic radio announcer.


Posted by george tannenbaum at 7:05 AM