George Orwell and your new shower. 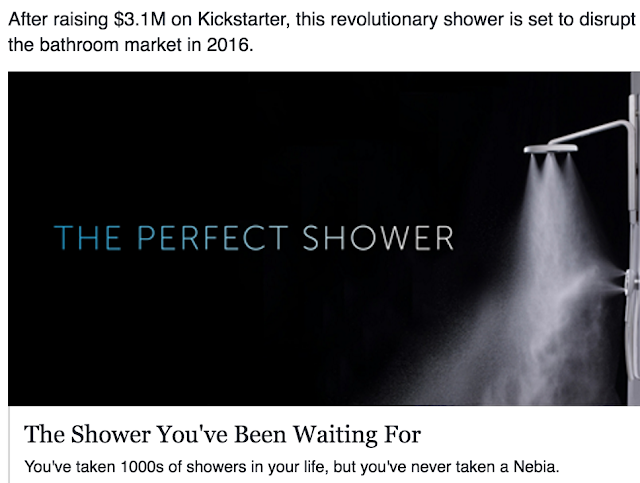 Ever since I "joined" Facebook about ten years ago, I have refused to take part in any activity that would allow some app or gizmo to comb my data. I have also gone deep into their connivance of security settings and tried to make myself as anonymous as possible.

Until about three weeks ago, I was successful. I seldom if ever received an ad while on the site. But since then, they have broken through and even though I click on the drop down that says "hide this ad," the ads follow me like herpes follows a homecoming queen.

Facebook has 1.71 billion members and a market cap of $365 billion. My math says, then, that are getting approximately $215 per member from the data they collect and sell. Ever-voracious, however, they must beleaguer us with irrelevant messages to squeeze us even more. (I am about one-week away from giving up my account, though it's good for my business and as an anti-social user of social media, it keeps me in-touch with far-flung friends.)

Believe it or not, however, extortionate marketers are not the subject of today's post.

Cliches and jargon are.

I was set off by the ad I pasted above.

Mostly the line about "disrupting" the shower market.

This is all so hyperbolic and dumb.

So banal and trite and pre-packaged.

We live in an age of disruption.

But disrupting the shower market?

What does that even mean? Even if 10% of the population got a new shower each year and 50% of those new showers were "Nebia," that would amount to only 5% of the shower market.

That's not disruption. That's what Solly Mendik, the plaid garmento used to call 'a good year.'

My point isn't about showers, of course.

It's about using cliches. Beating people over the head with them until we get to the point where most of our language is all but meaningless.

Sometimes I feel like every agency has a word cyclotron that spews out meaningless morphemes like renegade neutrons.

Of all my posting through the years and re-posting (and I am rapidly closing in on my 5,000th post) what I've repeated most is George Orwell's "Politics and the English Language." 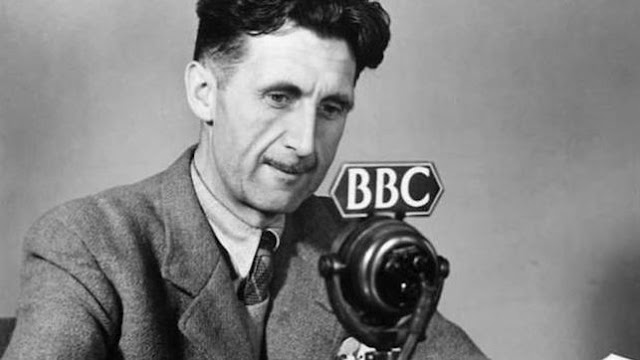 It should be required memorization for anyone who makes their living in or around words.

Following Orwell would be way more disruptive than a new shower.

By the way, if you can't remember the list above, Orwell and I have condensed it down to one line.

George Orwell wrote: In a time of universal deceit--telling the truth is a revolutionary act.

George Tannenbaum re-wrote: In a time of universal cliche--clarity is breakthrough.

Posted by george tannenbaum at 7:55 AM