The persistence of annoyance. 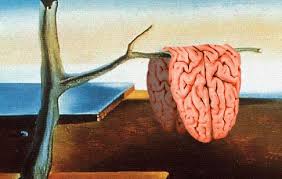 One of the things that really rubs my goat the wrong way is the very thing that butters my bread.

Yesterday on my flight back from LA, I turned on the “navigation” function of the eight-inch screen that was, thanks to the comfort of American Airlines’ “comfort class” was about four-inches from the tip of my nose.

All I wanted to see was when we would land in New York.

Instead, I got an ad beckoning me to switch to the telco Sprint.

I thought about the asinine nature of that ad placement. What are the chances that someone seeking to discover whether they’re over Scranton or Cincinnati will switch to Sprint because they see an ad?

Likewise, when I see a sixty-foot Chase logo on the roof of a tennis stadium that my tax-dollars paid for, or the similarly-sized logo atop CitiField, I don’t start frothing at the mouth, reaching for my phone and getting the urge to refinance my mortgage.

I just ran across a link in my LinkedIn feed. It asks: “Can Creative Production Keep Up With The Demand For Content?”

Does anyone for a second really think there is a ‘demand for content’? About 12 seconds of research reveals that over 30% of YouTube videos have fewer than ten views.

If anything most brands today act like the last kid chosen at a third-grade kickball game. Look at me! Pick me! I want to play! Oooh oooh oooh! They’re trying so hard to be “part of the conversation” that they’re turning off the very people they’re trying to woo.

Is anyone not annoyed when they’re trying to get information on a site and instead a survey or an ad pops up? Is anyone not annoyed at the way ads are mixed into everything we do from watching an in-flight safety video, to going to the opera, to seeing the Rustoleum “paint-yourself-into-the-corner” instant-replay?

All of these annoyances betray the original equation that built advertising in the first place. You rented your eyeballs to brands; in return brands gave you sports or television shows or your news for free or for a dramatically reduced cost.

Now advertisers are bludgeoning you two, three, four or four-hundred times after you’ve already paid for something. For cable. For web access. For tickets.

Maybe they hate the Johnstown Flood of advertising that brands and their agencies perpetuate.

Shit. I’d gladly watch ads once again if I didn’t have to pay for cable.

And I might even venture to a ballpark, pay my $75 for a $20 ticket and see a game. But I’d be damned if I’d go to a game, pay my money and then be assaulted with screaming ads on every square pixel.

Not coincidentally, I just ran across an article in Monday's cheery neo-fascist "Wall Street Journal," that only adds ballast to my contention that there is too much advertising. I'd paste a link here, but the Wall Street Journal has an aggressive paywall, so you'd only get frustrated.

The gist is that Facebook has asked America's four largest banks, JPMorgan Chase, Citigroup, U.S. Bancorp and the ever-benevolent Wells Fargo for detailed financial information on their customers so Facebook can "offer new services to their users."

The idea that advertising is a useful service is often a charade by brands and advertisers used to assuage their true motives which are to get deeper and deeper into your life and wallet.

A Facebook spokesperson said, “Like many online companies, we routinely talk to financial institutions about how we can improve people’s commerce experiences, like enabling better customer service.”

I can save everyone a lot of money. If you want to "enable better customer service," answer your phones.
--
BTW Two.