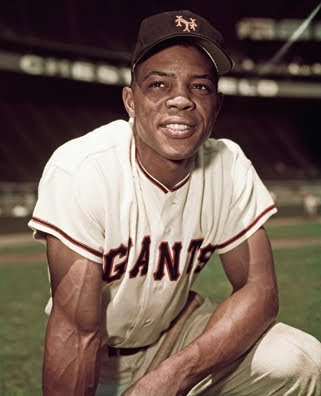 Recently The New York Times reported that the Yankees were urged to sign Willie Mays (at 18, already the best ballplayer in the Negro Leagues) not once, but a good number of times between 1949 and 1950. http://www.nytimes.com/2009/09/13/sports/baseball/13mays.html?_r=1&scp=2&sq=willie%20mays&st=cse

The Yankees didn't even look at Mays, not because they had Mickey Mantle coming up, but because Mays didn't suit their view of what a Yankee should look like.

It occurs to me most agencies, in fact most businesses work in exactly this way. Years ago I read a book by engineer/scientist Ben Rich, called "Skunk Works." Rich was the lead of the top-secret Lockheed lab that developed many of the most-advanced air-craft the world has ever seen, including the stealth fighter and the blackbird. Once he developed a stealth ship for the navy, a ship that couldn't be seen by radar or sonar. The navy turned down his plans because Rich's ship didn't look like a ship. In other words, he created a Willie Mays and what they wanted was a Mickey Mantle.

Advertising agencies, of course, follow exactly the same practices. Just try to sell a cereal commercial without milk dripping off a spoon or a grin shot. Or a cosmetics commercial that doesn't follow the conceits of all other beauty commercials. And despite all the fulminations and breathing through the mouth by C-level people (most of whom have never written an ad) TV still comes first--because it always has.

I suppose we could call this Willie Mays syndrome.

To my San Francisco friends, I happened to see Willie Mays play in one of his last games. He joined the NY Mets and returned to New York in 1972 and finished his career in 1973. I saw him creaky and lonely one fall day when my friends and I cut out of school and headed to Shea. We had terrible seats, and Willie could hardly move, but none of that mattered.

Posted by george tannenbaum at 8:28 AM

Ever read "Moneyball"? One big premise of traditional MLB scouting was that some players just "looked" like big-leaguers...irrespective of their real abilities or competitiveness. As a player, Billy Beane had been one of those "good-looking" guys, but as a GM he realized you should judge players on their proficiency for delivering wins, not how studly they looked to a scout. Naturally, scouts were outraged at this...but Beane ended up making the A's winners on the cheap for many years by assessing players more critically.