Last night around nine, I took a cab home from one of the offices at which I toil. It was late and the end of a long day and I wasn’t really in the mood, but out of sheer force of habit I checked for the cabbie’s name and hack number.

I could tell two things. One, he was a member of the tribe—a rarity these days when most hacks are manned by denizens of the sub-continent diaspora or from the near constant storms on Hispanola or the endemic violence and squalor of West Africa. And two, he had a number in the low 300,000s. Meaning he had been behind the wheel for something like 40 years. 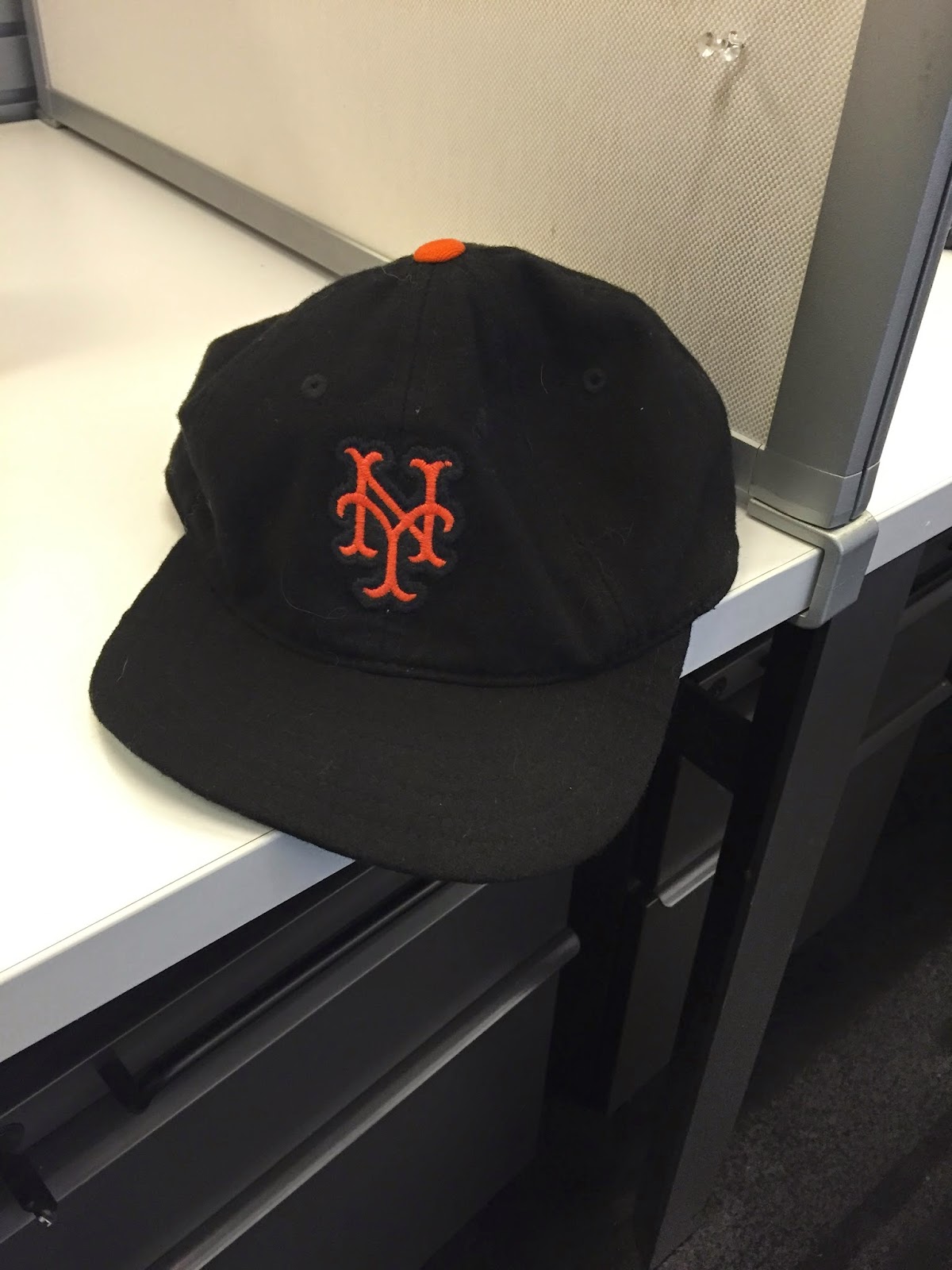 He began by asking me about my baseball cap, a strictly old-tyme affair being a replica of the lids worn by the old New York (baseball) Giants who vacated the Polo Grounds on 155th Street and 8th Avenue for the City by the Bay way back at the end of the 1957 season.

“Only a man my age and up would recognize the hat,” I said. “Most people assume it’s a Mets cap, god forbid, they should rest in peace.”

“My father was a big Giants fan. We’d go up to the Polo Grounds and see them play. He was betrayed when Stoneham moved the team. How could he.”

“We’re all working for the Yankee dollar,” I answered.

“So who do you root for? The Mets? The Yankees?”

“The no ones. Steinbrenner ruined the Yankees for me and rooting for the Mets is like cheering on a root canal.”

“I’ve given up on the game. It’s not the same game I loved all those year.”

We we’re streaming up 11th Avenue, then West End, he made a right onto 79th to cut across the park.

“I agree with you,” he said deftly swerving to avoid a Nissan driven by a Hasid. “I had Paul Simon in my cab…twice.”

“Yeah. I’ve seen him around town.”

“First time, just like you, he was wearing a baseball cap. ‘Where’s it from?’ I asked him. He said ‘I played a stadium in Japan.’ I said ‘what position?’ He said ‘guitar.’

That handed me a good laugh.

“Just like we’re doing now, he and I talked about baseball. That’s a secret I learned. Whenever you have a celebrity in your cab, never talk to them about their expertise.”

“Like you, he hated Steinbrenner. Billy Martin was manager then. He called Martin ‘the drunk.’ He hated the Yankees because of Steinbrenner.”

“I understand the sentiment,” I said agreeably.

“Two weeks later, he gets in my cab again. ‘Mr. Simon,’ I said, ‘last time you got into my cab I swore to myself, if I ever met you again, I’d convince you to buy the Yankees.’”

We were at my apartment now. But we kept talking.

“I did it, too. I convinced him to buy the Yankees. But I guess it never worked out.”

He gave me his business card. 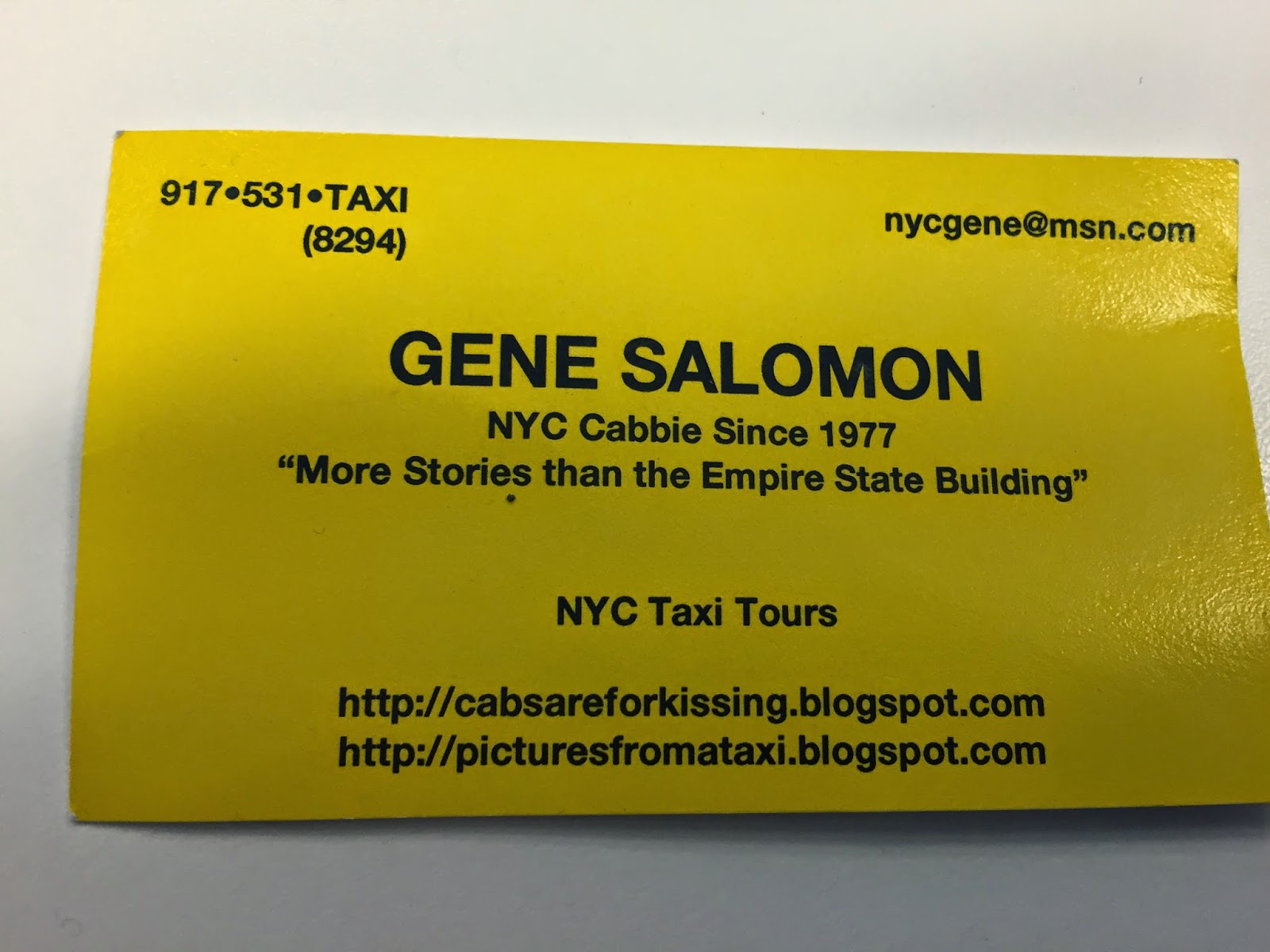 Posted by george tannenbaum at 4:33 PM