One of the things that non-New Yorkers who come to New York only occasionally miss about New York is how like a small town it really is.

We think of huge skyscrapers. Suffocating crowds. And interminable gridlock.

Sure we have all of that.

But we also have the guys in the deli to kibbitz with, a pretty interesting bunch of cab-drivers and an ever evolving cast of delivery boys who now are cycling through Latin and South American countries. It used to be they were all Chinese. Then Puerto Rican. Then Mexican. Now the lowest rung on the ladder is manned by Guatamalans, Ecuadoreans, or those from Honduras.

I'm still freelancing but been pretty much booked full-time by two pretty prestigious places. One on the far West Side (the last agency before the Lincoln Tunnel) the other near Union Square in one of the city's more rarefied precincts. 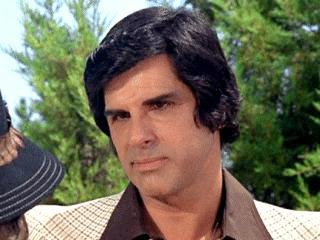 One is called Pom-Pom, don't ask me why. And it's manned by two identical twin 30-year-old Greek Brothers with Dick Gautier hair. They are efficient, friendly and pour a good, cheap cuppa joe. They have it bagged and ready in a jiffy.

The other place I go to is called simply "Gourmet 49." It's not the cleanest place I've ever been in. They haven't a single ceiling tile that isn't stained by a leak from somewhere. I reckon, with the explosive growth on Manhattan's Far West Side, neither place is in it for the long haul. New buildings are rising like boners in a frat house, and each of these joints occupies the main floor of a two-or-three story building. 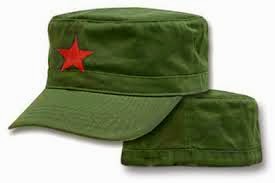 In Gourmet 49, everyone working is Puerto Rican. I know it's good and a good value because all the UPS drivers stop there as do all the construction workers who toil nearby. The guy who gets me my java is a dead ringer for Che Guevara, right down to the military green cap he wears. I keep waiting for revolutionary rhetoric with my black but instead get nothing more than a Puerto Rican gracias with its dropped S.

Downtown, my little coffee place has no name that I know of. It's a Korean grocery, deli, salad bar place with a selection of about nine different coffee spigots you can pull as you serve yourself. Then, like a salmon swimming against the current, you make your way through the crowds to the Korean women behind one of four cash registers.

One or two of the women know me by now and know I like my coffee cup in a brown paper bag, napkins on top so it doesn't spill. Occasionally, I banter with them about the weather. Once I even got a comment back.

The Koreans I've found tend to be taciturn.

That's a slice of my New York.

Come visit some time.
Posted by george tannenbaum at 9:38 AM