Dear Ad Industry or Dear Dilletantes pretending to be in the Ad Industry,

Let me start this by saying I hate Asian hate as much as anything. And I know, since the rise of the radical trumputsch right, Asian hate has been on the rise all over the United States. As has almost all types of hate--

But this isn't about hate.

This isn't about Asians.

This isn't about Asian hate.

Just yesterday, I saw these ads posted in Agency Spy. Help me understand what you're doing here. Maybe I'm too old to understand what the ad is asking me. Too busy to spend ten minutes on a sidewalk reading a poster. And too distracted to notice small type and an anodyne call to action. After all, the imperative Stop Asian Hate is not an original thought--and it's not originally expressed. I've seen it 10,000 times. Why should I notice this?

But are these ads really about stopping Asian hate--enlisting bystanders to stand up?

Or are they, with brazen insincerity, an attempt to gain PR for yourself and your agency--and to further your career under the guise of doing some good for an aggrieved group of people. 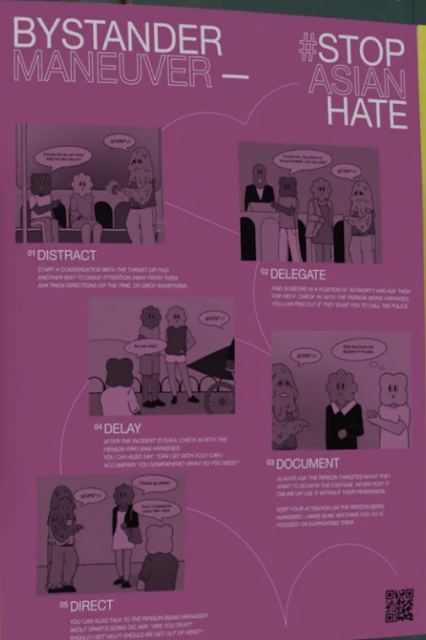 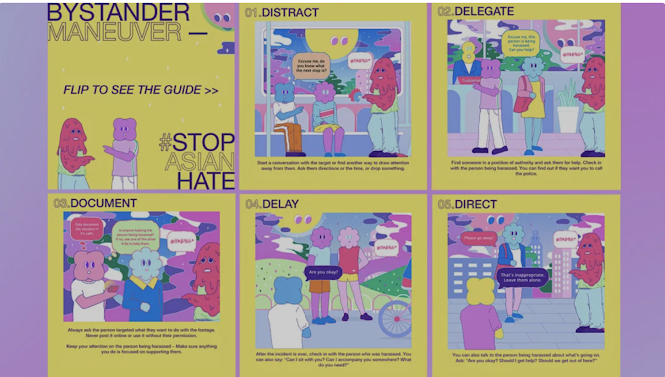 I suppose it will be considered rude to disparage others' work this way. Mea culpa. But I think co-opting a serious issue to advance your own agenda is even ruder.

Years ago, when Thurgood Marshall founded and led the NAACP Legal Defense and Education Fund, he defended many African-Americans against charges of crimes--and America's racist legal system.

The NAACP at the time was fighting hate (and murder) against African-Americans. They were fighting lynching. Thousands of lynchings every year.

I know Kanye has re-recorded this. But Kanye isn't Billie.

For decades, the NAACP would hang a flag like this from their offices on Fifth Avenue in New York City. 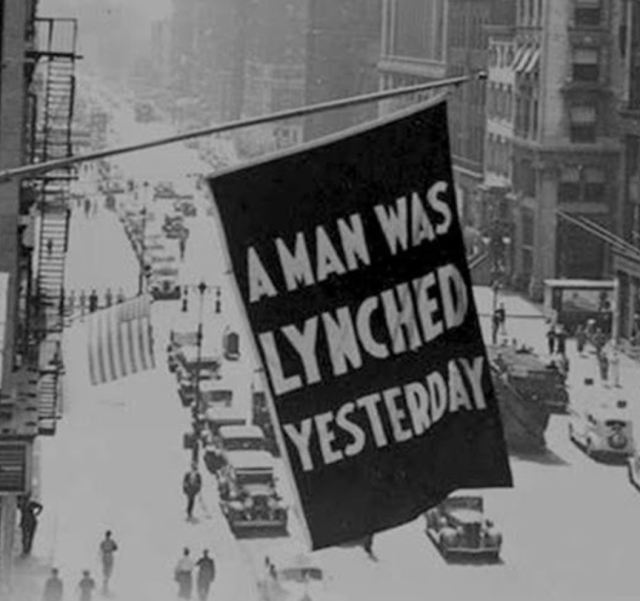 It is everything your communication is not.

I think it's motivating and thought-provoking.

But most of all, it has impact.

Type on a flag. Blunt.

But is our industry really so craven that it's putting style and design and craft over the impact and meaning of a message that must be said?

All advertising is NOT about beauty.

It's not about delicacy and craft.

It's about, in this case, afflicting the comfortable.

I'm not saying you don't care about stopping Asian Hate. Maybe your poster will arrest it in its tracks turning ordinary citizens into stalwart defenders of justice. But it seems to me more than that, you care even more about showing off.

Posted by george tannenbaum at 6:17 AM