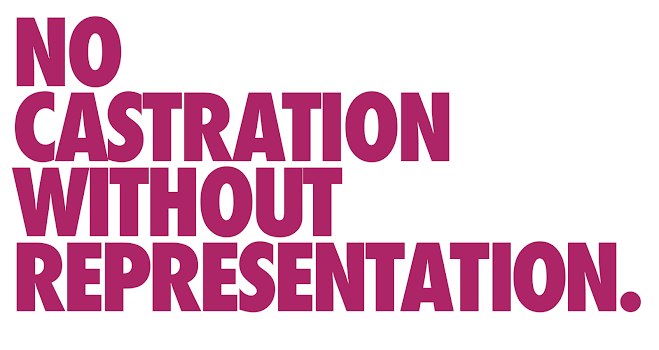 Someone wrote a comment on one of my posts the other day. Taking me to task, somewhat, for the beating I mete out to Ogilvy in particular and holding companies in general.

But let me explain. Or, rather, let me try to explain as best I can without going all Keynsian on you.

My generation--the baby boomers--grew up in what was essentially the golden age of Liberalism. Income inequality was lower in this country than it had ever been. Social mobility--at least for white men--was greater. And the government formulated policies that substantially improved the lot of the middle class. They made college more affordable and available. They created the GI-Bill which greatly increased home-ownership rates. And for the first time, the masses had decent wages, retirement plans and health insurance.

My bad, I grew up with a crazy notion that that would continue. Who saw John Birch in the guise of Ronald Reagan coming.  In the words of Abraham Lincoln, I grew up thinking that a government of the people, by the people and for the people shall not perish from this earth.

Over the last 40 years or so, in ways micro and macro (economically speaking) government has shifted away from helping every human to helping the wealthy and the megawealthy. This isn't politics. This is policy.

As reported in the New York Times' "Deal Book" blog on June 9th,

For your illumination, Bloomberg's $70 million in taxes on his $1.9 billion of net income, is a 3.7% tax rate. That's you making $2000/week and paying just $75/week in taxes. Think about that. Think how well you could live on a normal salary,
So back to my grudge against Ogilvy and the holding companies.
I single them out because I know them.
What I really hate--and have hated since I was a little beaten child--is bullies. Bullies are liars. And I hate liars.
I hate liars. Part 1. Companies who say they care about diversity and inclusion where fewer than 1 in 50 of their employees is over 60.
I hate liars. Part 2. Companies who say wages and bonuses are frozen while C-level executives routinely get lifetime payouts, giant salary increases and bonuses that could choke a yacht.
I hate liars. Part 3. Companies who claim razor-thin margins, but somehow make enough money to pay their CEOs more than 200-times the wages of a median employee.
I hate liars. Part 4. Companies where it's policy to pay putative executives (that's you and me) a fixed salary while having them work literally thousands of unpaid hours--as the price of holding onto their executive jobs.
As Ezra Klein writes in the June 13th edition of The New York Times, "The American economy runs on poverty, or at least the constant threat of it. Americans like their goods cheap and their services plentiful and the two of them, together, require a sprawling labor force willing to work tough jobs at crummy wages. On the right, the barest glimmer of worker power is treated as a policy emergency, and the whip of poverty, not the lure of higher wages, is the appropriate response."
That's what I'm against.
That's what I'm barking about.
A liar-made economy that exploits workers. That suppresses wages. That tosses people out in a way that makes the treatment of Willy Loman look benevolent.

Or as Thomas Piketty wrote not long-ago in "The Guardian" about the effects of the still-raging pandemic:
"The right response to this crisis would be to revive the social state in the global north, and to accelerate its development in the global south.
"This new social state would demand a fair tax system and create an international financial register that would enable it to bring in the largest and richest firms to that system. The present regime of free circulation of capital, set up in the 1980s and 90s under the influence of the richest countries...encourages evasion by millionaires and multinationals."
I agree with Piketty. He's a Ph.D., a best-selling author and perhaps the world's leading economist.
I'm just a copywriter who got A's in Dr. Beck's micro-and macro-classes forty-five years ago. I don't know much but I know what's happening.
We're all living in the world Piketty talks about.
My edge is I'm unemployed.
And freedom's just another word for no job left to lose.
So I can write about life without being castrated.
Posted by george tannenbaum at 6:47 AM