Word-flation. (AKA permission to suck granted.)

Back before I was an advertising copywriter I was a budding scholar of English literature and American history. Those are my true loves--surpassing my love for almost anything animate or inanimate. Wives, daughters and puppies notwithstanding.
This was back in the mid-1970s, and not unlike today, much of Western Civilization seemed to be burning. We weren't many years past deadly eruptions in major cities. We weren't far past Nixon's subversion of the Constitution and promotion of the president as monarch. We weren't past from Vietnam, Kent State and murder in the streets.
At the time, the city closest to my still-beating but essentially non-existent heart was dying--and the borough closest to that dead pump of mine was leading the way. In fewer than ten years, the Bronx saw its population plummet 20%, from 1.47 million people to 1.16 million people. Driving through the benighted borough which had been destroyed by Robert Moses' Cross Bronx Expressway, was driving through violence--anarchy. Apartment buildings were burnt out, their copper pipes stolen for scrap by addicts. A flat tire could mean death; the streets were filled with desperate people who would kill for money and the drugs they bought.
I can't find the ads now, but the Traveler's Life Insurance Company account at the time was being handled by the ad agency Carl Ally. They were creating ads that talked about the problems of the real world--with real-world language--with facts. I remember one ad in particular--which I can't find--read like a well-written article on the subject of arson. I was an academic at the time, but I read that ad and said to myself--that's the way writing should be. It's based on facts, not adjectives.
[As an aside, I have the eleven-pound--the weight, not the monetary unit--book Ally & Gargano, edited by Amil Gargano, that has many of the Travelers ads in it. Alas, it is in my New York apartment, not here in Connecticut, as I write this on a foggy Saturday morning.] 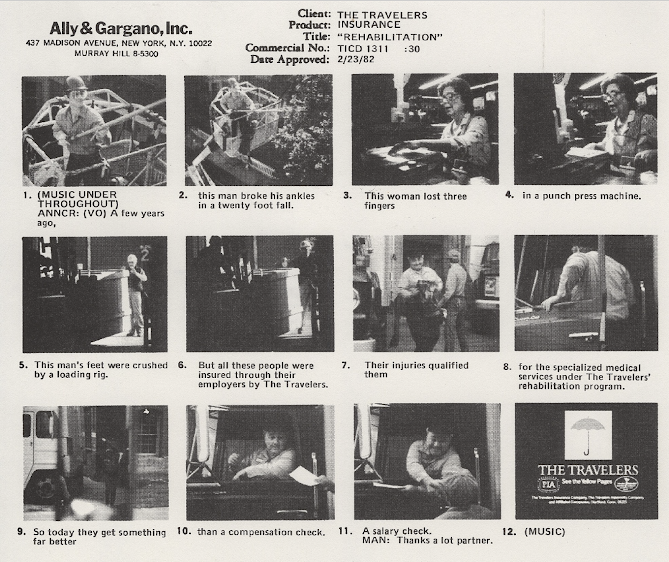 Facts, not adjectives became my beacon as a writer. Even this storyboard--not one of Carl Ally's finest--speaks to that precept. It's not one of the ads I can't find (how's that for a tautology?) but it is steeped in realism and evidence. That's how communication should be when it works its best.
Good communication hurts sometimes. It's loud. Abrasive. Shocking. It has a voice and a point of view. It works to get noticed, to be believed.
It doesn't rely on -ers and -ests. It proves with data and details what they're trying to communicate.
Even politics would be better off if we took some moments, as viewers--not sheep--and we asked for facts. I am a lefty teetering on the brink of Socialism. But if some merkin-haired politician said, "I am going to make America livable again by spending $1 trillion of Americans' dollars on the American people," I might have said "ok." If that tangerine-skinned phonus said, "$100 billion on repairing roads and bridges. $300 billion on universal health-care. $300 billion on improving education, both k-12 and college and $300 billion on building a green infrastructure," I'd have been ok.
If that same dwarf-handed human sump-pump gave periodic reports on the spending which included progress and set-backs
--again backed by data, I might now be comparing him to FDR instead of engaging in ad hominem attacks.
So much of the advertising we see is devoid of everything except emptiness. Today when we have more people than ever whose specific job it is to find out interesting details, we wind up  with cranial backwash like this: 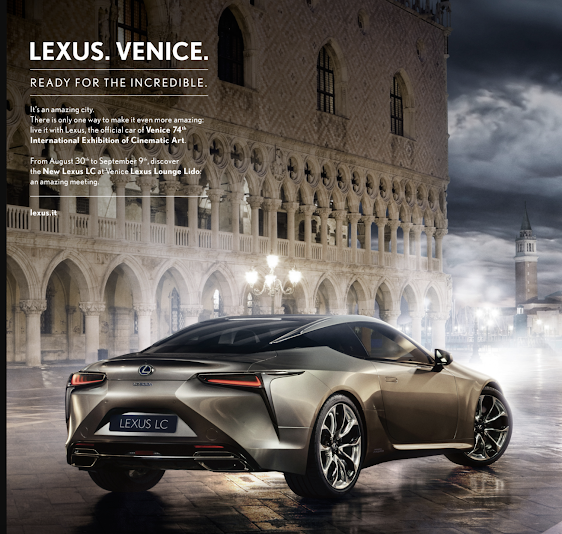 We use meaningless words to describe expensive cars, like incredible. An unbelievable word that literally means unbelievable.
Ready for the incredible.
A long way from talking about the features of the car.

We also walk around, all of us, in a world where we concede that everything we buy, watch, use, vote for and fuck is generic. There is no point of differentiation. Everything is word-flated. Awesome, brilliant and genius.
Pyramids were awesome.
Feynman was brilliant.
And Van Gogh was a genius.
Don't apply those words to ads.
Just don't.
I suppose I could get macro on all this and say the economics of holding company math eliminates the time needed to find out details that are interesting. So we ratiocinate, and hire legions of people to be Chief Rationcination Officers, who tell us that people can't read and nothing matters.
I'll go to my own personal crematory not believing that shit. I want to know where things are made, how they're made, what they're made of. The same with people I work with and for. I can't believe I'm the last person who feels this way.
And I can't believe something like the ad below wouldn't work today. There are about 100 words in the ad. Someone's convinced the world that 30 seconds of information is too much to contend with.
For something that probably costs two months of take-home pay.
30-seconds is too much.
Incredible. 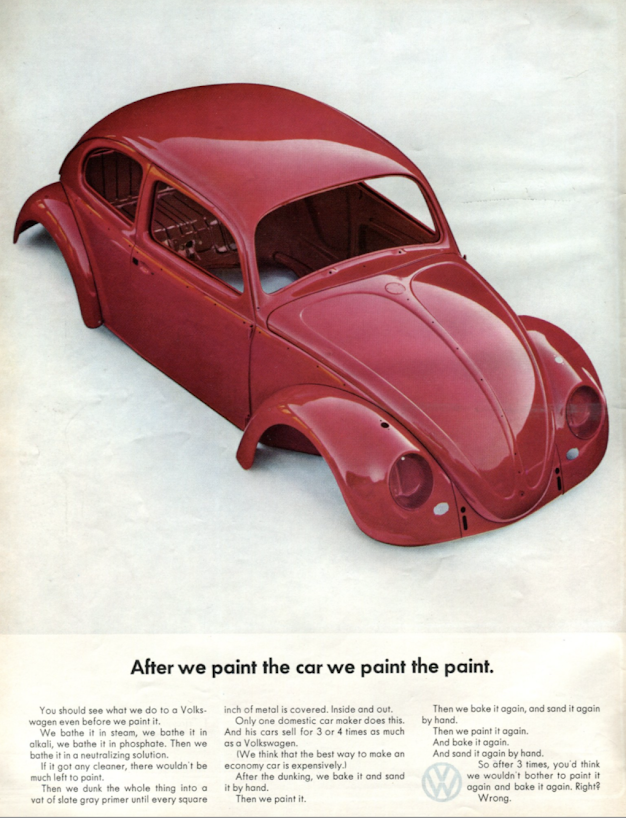