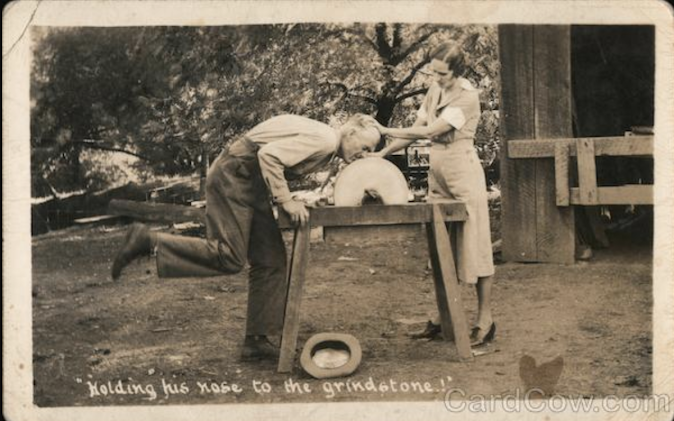 Lenin wrote over 100 years ago, “There are decades where nothing happens; and there are weeks where decades happen.” I've always kept that incongruity in mind as I've tried to pick my way through life.

I say pick my way because sometimes, let's face it, trying to get from point A to point B in your career, in a relationship, anywhere, is like trying to walk across a park on the Upper West Side in Manhattan in the 1970s before pooper scooper laws were put in place. You'd have to be as nimble as Sandy Duncan on oxycontin not to step full-foot in a heaping pile of rottweiler rot.

As my old manager, Hector Quesadilla used to say, "When you're up to your neck in shit and someone starts throwing baseballs at you, do you duck?"

My point in all this is simple, writing--whether it's for a blog or for a client, or just to get a client--ain't a some time thing. Going back to Vladimir Ilyich above, you can't wait for the week when decades happen. You can't wait till your mind is fertile and your juices are flowing, you have to supplicate the gods every day.

In other words, you have to do a decade's worth of work every day, whether you're in the mood or not.

I'm sorry. That's the dog-shit reality of making a living. You keep moving forward. And watch your step.

Since my brutal upbringing by a mother who got drummed out of the Hitler Youth for being too doctrinaire and harsh, I have always had a pronounced super-ego to satisfy.

Writing for me has always been like working out or pitching baseballs. You always try for an extra rep or an extra snap on the curve. As a coach once said to me with the terseness of a Stoic--a grudging one, "Work works."

Accordingly, I have always chosen to have people to haunt me, people I admire who will be let down, disappointed and angry at me if I do an unusually piss-poor job. If I don't do the work I need to do.

I remember as a middle-teenager, showing my father something I had written. He said, "It kind of ends on a downslope, doesn't it. Shouldn't it end up--pregnant. So the reader wants more?" My father was an autodidact, like me, but that's some of the best writing advice I've ever received.

I also see in my head furrowed brows from people I have worked for. When I wrote technology copy for IBM for Chris Wall and Steve Hayden, they had been sculpted on the Mount Rushmore of modern copywriting. They'd probably given up on reading every word I wrote--but I knew they were out there. And I wrote as if they were reading bullwhip in hand.

The same holds true today with a dozen or half a dozen people. My business partner Hilary isn't a writer herself, but she can hear a sour note as surely as Shostakovich. I also imagine Rob Schwartz shaking his wise head at some fractured phrase, or Joe Alexander, David Baldwin or Rich Siegel. Steve Simpson. Others I'll never know.

I have to live up to them.

Real or imagined these are my mentors and tormentors. They impel me to impel myself. And it's better to impel than to smell.

I wonder how many people left in our business hear voices--or have paragons that they seek to please or an internal set of standards they can't betray. Internal is the key word for me. Pleasing a client, or an exalted boss, or even a competitor always meant more to me than an abstract piece of plastic.

About twenty years ago, I got asked by my daughters' private school to write for their parents' newsletter. The parents of the school were so elite as to make the readership of the Paris Review look like fans of Archie comics. Woody Allen's collaborator, Marshall Brickman was the editor. And writing an article on the math department that would suit the tastes of Mr. Brickman was no simple task.

I realize I am blessed with a special sort of neurosis. It's why my blood pressure is high, my sleep is lousy and my cuticles are bitten away and bloody.

But from ancient times humans have always looked to create something that would leave them remembered by subsequent generations. I have my daughters of course. And I suppose a legion and a half of young ad people I've helped. And I have the ads I've written and the writing I've done.

None of it is bound in Morocco leather and slip-cased in the Library of Congress or studied by PhD. students at Ungapotch University.

But someday, when I'm gone and my head is served up on a silver-plated platter garnished with roasted red potatoes and a few sere sprigs of parsley, someone's going to say something like this: "He wasn't much good. But shit, he was consistent."

It is for today, anyhow.

Posted by george tannenbaum at 4:23 AM