I got a note from a friend on Friday afternoon. It was a day, up here on the Gingham Coast, with sublime San Francisco weather. 65-degrees with sparkling sunshine and what sailors would call a "freshening" wind. The kind of breeze that fills sails, clears the air, and billows out the diaphanous dresses of pretty girls to show off their gams to great effect.

My friend was one of the brightest lights in our industry's dying constellations and wrote me about the spate of Pencil-Contagion that's going around LinkedIn, Facebook, Twitter, Google+ and The Witchita Daily Telegraph. It seems like everyone and his cousin is writing about the 72 pencils they've won for this or that. 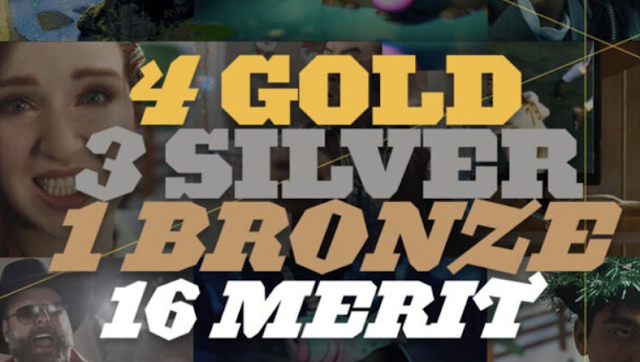 The funny thing is, I consume a lot of media. And read all the annuals and advertising trade-press. I read newspapers and magazines. I watch the occasional TV show. I am an avid watcher of the industry.

In the past 12-months, the Lincoln Project notwithstanding, I haven't seen 12 good ads in total. Have you?

In fact, I have what today is called an "Eidetic memory." We used to call that a photographic memory--but that's not obtuse enough for today's standards. Stretching that memory to its fullest, I can't recall a single ad that I've really loved. Nothing as 1/2 as good as any of the ads below.

When I was a kid in the business, I would clip out every good ad I'd see and put it in a giant coffin-sized corrugated box. At the end of the year, I'd have quite a collection. Even if I were to screen-grab ads I'd like and clip print ads, at the end of an average year nowadays, I'd have four. Max.

I'm not interested in ads about hamburgers that promote the brotherhood of man. Or ads for peanut butter that salvages the rainforest. Or messages from supermarket chain that teaches coding to amputee dogs. You know what I want from brands? Ads that tell me why your products are better.

And as for brand behavior, clean your own yard before trying to heal the world. Answer your phones. Provide a good product at a good price. Clean up the litter and trash you generate. Pay your employees. Pay your taxes. Do those things--those quiet things--and then we can talk about self-promotion. Until you do the job you're actually paid to do, don't talk to me.

I feel that way about advertising, too.

But back to my friend. She wrote, "Proud and humbled to say that of the 276 million gold pencils handed out this week, I won zero."

"You know, Jill," I wrote back. "I never cared much about awards since 1989 and I won half-a-dozen Clios at the Clio-free-for-all-year. But now that I'm on my own, the award thing is really different.

"Lately, though, something's happened. Maybe it's a function of being very close to very senior-level clients and being essentially a one-man eponymous agency. Now when I show work, clients say, 'George, thank you. This is way more than we expected.' A lot of times, I'm presenting on Zoom to a dozen people, and I literally get applause.

"I mean, clients are thanking me for building their business.

"Somehow it means more than a $12 metal pencil that 276 other people also won, for ads that never ran."

But apparently, I am in a minority.

What's most winning is faking.

Then bragging about it,


Posted by george tannenbaum at 6:30 AM