How much of the continuing gun violence in Amerika is a symbol of a much more dramatic problem.

Government, which we pay for, no longer protects us. 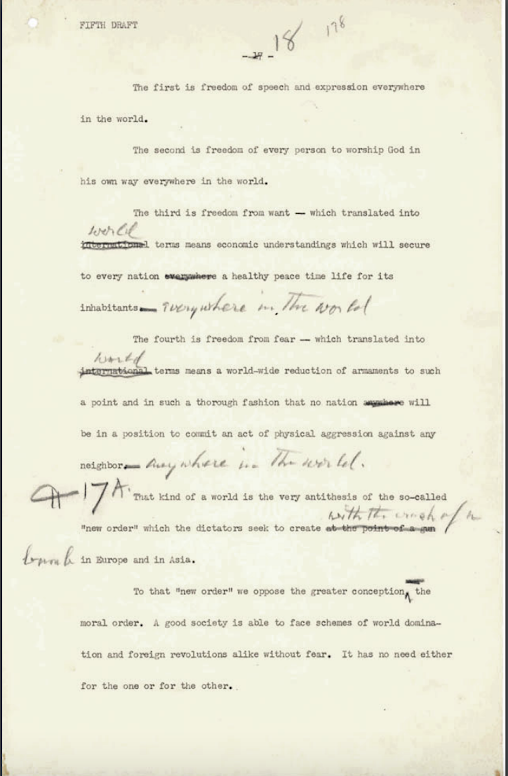 Franklin Roosevelt's Four Freedoms, two drafts of which I've pasted above, seem wholly void. I wonder if we've lost our focus on the clearest role of government because we've so broadly stretched our ideas about what government should do. Or if we've started focusing on things that expand government's role to distract us from the government's shortcomings.

This is a blog about advertising.

But for me, the metaphor works.

Advertising has so expanded its purview--all the things charlatans claim it can do--that we've forgotten the basics of what advertising is supposed to do. What it must do.

I'll be very stupid about this.

I think the industry has forgotten the basics: Advertising should connect with people, provide them with useful information and persuade them to buy. The best ads have always done this.

The best stories, sweet nothings, and jokes have done this as well. And the best brands--and the people we like--follow that discipline over and again to make themselves likable.

Good, basic advertisements don't lie. They don't bait and switch. They don't asterisk. They don't dumb down. They don't shout. They don't make meaningless promises. They don't insult your intelligence. They don't roll out tired cliches that make no one laugh unless they're sitting in an agency conference room.

They don't pretend they're building a relationship with you when you never asked for one.

They don't force you to opt-in, accept cookies, unsubscribe when you never subscribed in the first place. They don't ask you useless questions, keep you on hold, make it difficult to get help.

They don't pretend they're serving you by chasing you with their ads like a bloodhound after a prison break.

They don't rationalize borrowed interest and call it becoming part of culture (as if my culture and yours and someone elses' were interchangeable.)

They don't publicly say things like the above as if it has any meaning to any viewer anywhere. 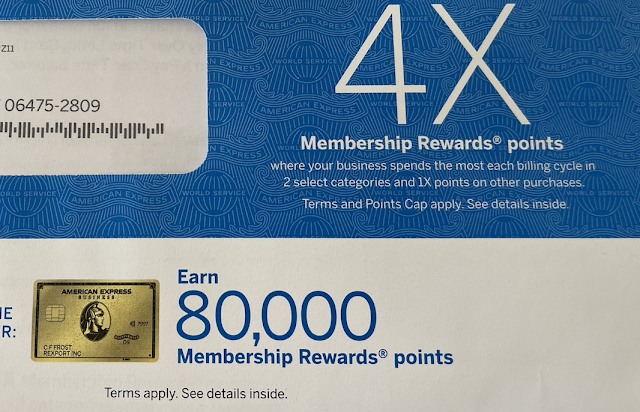 They don't send mail like this to potential customers that has fourteen times as much legal copy as it has non-legal copy. And more half-truths than sentences.

They don't tell you to ask your doctor about an unpronounceable drug and then spend 45 of their 60 seconds telling you how it can kill you.

They don't seat agency people like factory-farmed animals at troughs.

They don't call people resources. Or talent to be "acquired" like a box of saltines.

They don't tell them they're executives so they don't get paid hourly, but give them no executive perks. Meaning they're spending 20 hours a week working for free.

They don't fire them willy-nilly.

They don't demand loyalty but give none in return.

Far be it from me to rewrite the great Jewish scholar, Hillel who wrote, "That which is hateful to you, do not unto another: This is the whole Torah. The rest is commentary."

But, "If you think something isn't honest or is dumb or is full of half-truths or deceives or over-promises or doesn't entertain, or is insulting, do not do it unto another. If it doesn't provide useful consumer information brilliantly executed, don't do it unto another. This is the whole of what advertising should be. The rest is commentary."