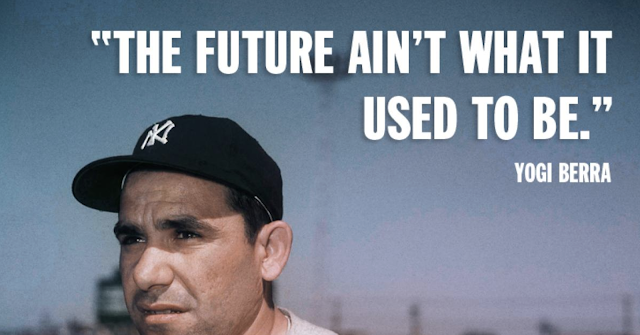 Some years ago, I was an ECD at the world's most prestigious digital agency.

One day I showed up for work and it was some cosmic mischief-maker threw a switch. Everyone in the agency--and there were close to one-thousand people working there--started talking about 3-D printing.

I have nothing against 3-D printing.

But I kept asking a simple question.

What does it have to do with advertising?

Around the same time, at the same agency, many people began announcing their desire to "design products."

I didn't know what they meant. Still don't.

Sure I have a flatscreen and a microwave and an expensive German dishwasher, but I couldn't for the life of me understand what all these new products were that I suddenly needed. I have just about everything I ever wanted. And frankly, I'd be happier if my TV had an old-fashioned dial rather than endless buttons so I don't have to click through 58 different channels playing the Home Shopping Network.

A toothbrush that flosses as you brush?

What does any of this have to do with advertising? Why are we talking about it?

There's a lot of smoke being blown in advertising today.

And very little understanding of progress and how it's actually made. And how real progress doesn't come along that often. What's more, progress very often takes years to take effect.

One: If you look at the life-expectancy of our species it was basically about 40 years from the time we came down from trees till the late 19th century. Then it leaped to about 70, where it's essentially stayed.

Sure medicine and medical surgery and attempts to curb pollution have pushed life expectancy upwards, but the real progress--the almost doubling from about 40 to 70 happened seemingly all at once. Because of indoor plumbing. It took humankind 20,000 years to figure out the toilet.

I can't imagine progress on the order of indoor plumbing happening again, in my lifetime or that of my kids. Sure, we'll see Wired Magazine articles and we'll get tweets from Elon Musk about this or that. But I'm not buying.

Two: Germany now gets 40-percent of its energy from renewable sources. Primarily wind, sun and hydro. Has Germany reduced its consumption of fossil fuels by the same amount--by 40-percent? No. Fossil fuels as a percentage of Germany's energy supply have decreased less than 10-percent. And at the same rate, by 2040--when you'll be an old mutha--Germany's reliance on fossil fuels will still be around 70-percent.

My point in all this is probably more than a little be obtuse--inchoate, even. But it's the same point I've been trying to make in this space for almost two decades.

There are no magic bullets.

Progress is hard. And slow.

Vaclav Smil talks about the four elements that make up our modern world. Cement. Steel. Plastics. Ammonia. None of these have we figured out how to make without fossil fuels. I don't think we will. And without those four elements, Earth's eight-billion people will have no place to live and nothing to eat.

I also don't think we'll colonize Mars. Or have a hyperloop. Or even create a peanut butter that doesn't stick to the roof of our mouths.

Insights and breakthroughs are rare. Maybe you'll have three in a lifetime. Five if you're Isaac Newton.

And whatever you do to make your mark involves not a lightning bolt from above, but work from above your shoulders.

As a friend of mine once wrote about being in love, "there's never any point where it's just smooth sailing." That is, on the bumpy road to progress, there's no automatic pilot.

I'm teaching a class in advertising now that I'm not sure hasn't been something of a failure. Because I can't seem to get my students to "type blindfolded" and come in with 40 ideas a week or 80.

I'll be honest with you, as honest as I know how to be.

I've written a blog post every working day for about 6000 days. Some of my posts are really good. Some of them, more, in fact, bite the cosmic wienie.

Limber up your fingers and start typing.