A farewell to Slappy. 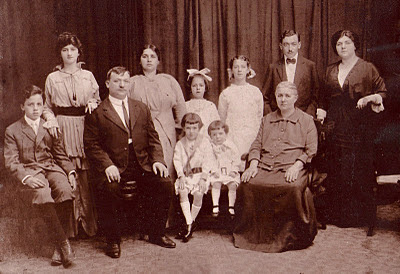 Yesterday we took the train to Philadelphia with Uncle Slappy and Aunt Sylvie to visit our cousins and break the Yom Kippur fast. Howard, my cousin, the son of Herb whose mother was Emma whose sister was Ida who was my grandmother, mother of my father, Stanley, picked us up at the 30th Street Station in Philadelphia. We then drove out to the suburbs, to Cherry Hill over the Delaware in Jersey where there are neither cherries not hills.

There, Uncle Slappy spent the evening chatting with Aunt Dot, his distant cousin, who he now only sees when someone dies or someone has an 85th birthday. At some point in the evening, Dot and Slappy tried to unravel the baroque connections in our family.

"Your mother was Big Ida and my mother's sister was Little Ida," said Dot.

"So, what happened to Medium Ida," Slappy asked, without a hint of humor.

"Medium Ida ran off to Altoona with some schmendrick who was opening up an appliance store" said Dot, "this was in the early days of radio."

Dot continued. "We have a photograph of Big Ida and Little Ida with you, Slappy and your brother wearing dresses."

Cousin Howard butted in, "And haircuts like Moe in the Three Stooges."

"I don't know that picture. I wish I could see it," said Slaps.

In any event, Dot scanned the photo yesterday and sent it to me.

Big Ida is the heavyset woman in the backrow, right. That's my grandmother, Uncle Slappy's mother. Little Ida is in the back row, left, the bee-kissed woman with the black belt in the light-colored dress.

Slappy is in the front row, the little boy on the right, wearing the Mary Janes. Uncle Oscar who died in the 1980s is to Slappy's right, his feet just touching the floor.

"Call me when you get it," I said to Slappy as we put him on the train.