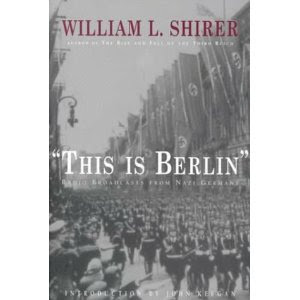 For the past six months or so I've had a raft of dental work. You see, I grind my teeth because I'm stressed. My older fillings crack and I wind up having to get crowns. It's a long, annoying process that, thankfully, is nearing its end. My teeth are fully-armored now with porcelain. I could be some sort of Bond character with a bite like a backhoe.

The one consolation of going to the dentist is that his shabby little office is just two blocks from one of the world's largest bookstores, the Strand. The Strand boasts "18 miles of books." And I believe them. They inhabit three floors (more if you count their rare book room) and virtually every square inch of their space is jam-packed with books, right up to the cobwebs on their 14-foot ceilings.

To manage a space so vast, you need a strategy. You either a) decide to spend three hours scouring the place or b) you have a series of checkpoints that you hit, shortcutting your way through those 18 miles.

I almost always choose "b." I never have half a day to laze through the stacks. Half days thus spent is my retirement plan.

Last night I went through my shopping route. I scoured the new fiction table which contains about 50 just-released books, then I went through a deeper cleaning of the non-fiction section, paying particular attention to Steven Pinker's new tome "The Better Angels of Our Nature: Why Violence Has Declined," which argues through 800+ pages that the "good old days" were way worse than our present Dark Ages.

Finally, I went to my bookstore homeland, the vast German lebenstraum which stretches stack after fully-packed stack both East and West. There, within seconds I landed on William L. Shirer's "This is Berlin, radio broadcasts from Nazi Germany."

Shirer, author of "The Rise and Fall of the Third Reich" was there, as witness to the rising horror, cruelty, inhumanity and fervor. He broadcast a two to three minute report--sometimes two or three--virtually every day.

Writing under such deadlines is no place for dilettantes. It is demanding. It serves a purpose. It must needs power, breath and speed.

From June 2, 1940: "Those British Tommies at Dunkirk are still fighting against the advancing German steamroller like bulldogs."

From February 23, 1940: "Returning here after a fortnight's bout with the flu in Switzerland, I find things little changed. For one thing, it's warmer in Berlin than when I left it two weeks ago. You don't see that frozen look in people's faces..."

From September 24, 1939: This fourth Sabbath Day since the war started has been spent by the people of Berlin in church, and lining up for the new monthly food-cards which go into operation tomorrow. No meat, bread, milk, fats and such things will be obtainable in Germany after today except through foodcards, regardless of whether you eat at home or in a restaurant."

This is the sort of writing that is missing from so much today. It doesn't worry about style, euphony or asininities like tonality. It doesn't demand a week to write 300 words.

It speaks the truth.
Posted by george tannenbaum at 7:57 AM

I didn't know anyone in America had ever heard of that old Vera Lynne track, George.
I thought Kubrick used it really poignantly at the end of Dr Strangelove: http://www.youtube.com/watch?v=s4VlruVG81w

Well, Dave, of course I learned about Vera Lynne through "Dr. Strangelove." And so, have an interest in her.

There are few songs from great movies that stay with me. "Never on Sunday." The zither from "The Third Man," "Do Not Forsake Me," from "High Noon."

We'll meet again is way up on my list.

George, growing up after the war, I remember the British troops had all the corny old songs like Vera Lynne and George Formby, while the American troops had great, modern stuff like Glenn Miller and Benny Goodman. It seemed like Europe was in black and white and America was in colour.

But, Dave, you did the Lambeth Walk...

talking of which, this piece of newsreel footage was very popular at the time: http://www.youtube.com/watch?v=gYdmk3GP3iM&feature=related

We had this over here. http://www.youtube.com/watch?v=dZlFBSRrSR0