Killing the Ad Business. From the inside.

Just recently in Forbes magazine there was a article titled “Ageism Is Not Just A Disease—It Is The New Business Model For Top Ad Agencies.”

The author concludes his article this way: “Primarily focusing on reducing cost by getting rid of your best performers will eventually kill agencies. You can cut back on dough and make a pizza so cheap nobody will eat it. You can make an agency so young that nobody will hire it.”

Exactly what happened in the newspaper industry is happening to what was once the profitable advertising industry.

1.    Vulture capitalists, the holding companies, strip the companies of value.

2.    The chiefs of the holding companies and their shareholders profit.

5.    The holding companies must further reduce costs to maintain their margins.

9.    The holding companies must further reduce costs to maintain their margins.

13. The holding companies must further reduce costs to maintain their margins.

What I don’t agree with in the article isn’t its conclusion, it’s its semantics.

Numbers one-16 above are not a business model. They are a going-out-of-business-model. A death spiral model.

Because there will be no business left when it reaches its natural conclusion in, I believe, three years or less.

I remembered something I wrote in the early days of this blog, back in 2007. It was about the phone company Vonage.

“Last year, Vonage spent more money in online advertising ($185.7 million) than anyone else. Unfortunately for Vonage, they've had a churn rate of 2.11%. Meaning they lose about 30,000 customer a month. That's a lot of customers when you're working with a base of just over one million. Today their long-term viability is in question.”

The holding companies—to strain a metaphor—seem to be holding less and less. They no longer, to my eyes sit at the center of the world’s business. They seem to be able to charge less and less. Their tenure with clients seems to be evaporating. And fewer and fewer employees feel any loyalty to any agency. What’s more, agency offering—among holding company agencies—seem pretty much undifferentiated.

I fail to see all of the above as a business model.

Just as I wouldn’t see

as a health regimen.

Naturally, I could call it my “health model.” I might even get some people to believe in it.But it’s really death by a thousand spoonfuls.

What the holding companies have devised is similar. It’s not a business model. It’s a plan of rapine and robbery.

They’re the coal-mine-owners. We’re the workers. Once they’ve removed all the good from our brains and our creative coal is exhausted, like in every other extractive industry, the owners will move on.

Leaving waste and ashes behind.

You can’t see those things from their yachts.

But there’s more wrong in the holding companies than just business malpractice. There’s a lack of business morality.

If ageism is indeed discrimination as defined by US law, whether or not it’s profitable, it is morally wrong and indefensible.

Not all that long ago, Woolworth’s the once high-flying retailer did not allow Black people to sit at its lunch counters to eat lunch. Woolworth's were profitable at the time. Did that make racism a legitimate business model?

Given that parallel, I cannot accept age discrimination as an acceptable business model.

Frankly, I’m more than a little disgusted with Linkedin connections and putative journalists saying things like this, as the author of the article above, Avi Dan, said in Forbes.

“I’ve known Mark [Read] for 20 years and he is not a bigot. He tried to walk the initial statement back with an attempt to apologize, but actually made it slightly worse,…”

I’m sure we can find hundreds of people saying how kind and loving people like Eugene “Bull” Connor was. He’s not a bigot. He plays so nicely with his grandkids. He's a sweetie pie.

But he’s not a bigot.

And Brutus is an honorable man. 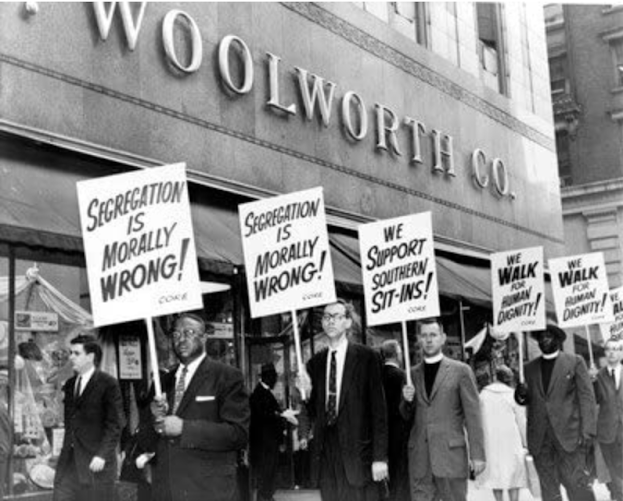