No Clothes-itis. A modren disease.

Maybe a better name for today's proof-denialism is Bob Hoffman's "The Golden Age of Bullshit."

Except maybe we need to find a precious metal more precious than mere gold.

Because the less people--and agencies and people at agencies and their holding companies have to say about the efficacy and the true quality of their work (work in the service of brands)--the more they do say.

I won't go into trumpianism. That's too easy.

Lazy as I am, I'll stick to advertising. Which is even more obvious, corrupt and liar-filled.

I don't care, either, that this gets a little ad hominem. It was certainly ad hominem when they fired this individual hominem at 4:30 in the afternoon. Feckless, cowardly, and then a litany of lies, "we're just going by the book," because they're too stupid and think you're too stupid to know when you're being lied at.

A once-great-agency is now trumpeting work for a lying, spying, intelligence-denying client: Instagram.

There are no two ways about this.

I've tried to watch the work four times now. I can't get past about 20 seconds.

Maybe they should build a check-out counter at that agency. An express lane labeled, "12 Cliches or Less." The line would be very short.

The badness of the work doesn't bother me. We all do bad work at times. Even the greats. Just yesterday, I found a 14-minute archival reel on 1960s and 1970s Alka-Seltzer spots. Legends had a hand in many of those spots. And many sucked.

But part of being a responsible human--that thing we used to call a "grown-up," is admitting when you came up short. We all do. What's to be embarrassed about. As Joe Louis, who was world heavyweight champion for 12 years during which time he defended his title 26 times said when he retired, "I did the best I could with what I had." 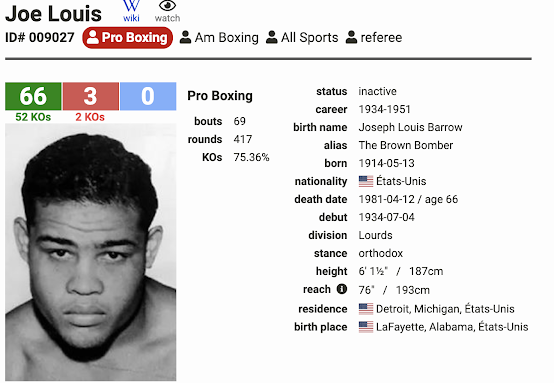 Sorry to all the Ali lovers out there. I much prefer Louis' honesty to Ali's bombast. Maybe I'm alone in that.

Not too long ago, the aforementioned-once-great-agency produced some spots for Instagram. (I think they must be called spots because watching them is like finding spots on your lungs.)

Like I said, I don't mind that the spots blow.

I mind the outpouring of No-Clothes-Ists proclaiming the goodness of the spots for any one of a number of absolutely asinine reasons.

I guess if my restaurant were going out of business, I'd send out tweets about how special the parsley is. 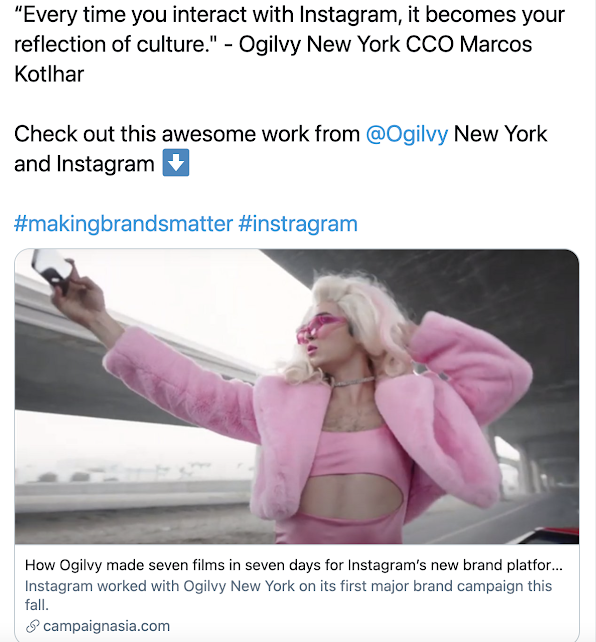 I can't really understand the meaning of the quotation from the CCO. I don't really care how hard/late/with whom you worked. I mean it was heroic to bring the Apollo 13 astronauts home. It would be heroic rescue a drowning one-eyed puppy by swimming a mile through cold water.

This is a fucking spot with 27% too much insipid in every frame. Who cares that you worked hard? That ain't heroism. That's egoism.

I don't understand what's meant by the word culture. That ain't my culture.

And if I'm the odd cultural person out because I'm not impossibly skinny, I don't expose my midriff (thank god), I don't do spontaneous backflips or undulate in public, and I prefer Cole Porter, Simon and Garfunkel or something properly mixed to the thing they played rather than music, well, all I might say is that there's an economic side that might have a bit to do with culture, too.

Remember, quoters of Ogilvy. It's "We sell or else."

Why are we ignoring my culture for a culture that has no money? Why are we selling something to people who already spend too much time with it? The better to steal your data, my dear.

Now with the JD Powering of the Cannes-Industrial-Complex where arm-twisting and payola mean more than good, I will surely be disparaged when this blight on our culture sweeps the show, winning a bronze lion's penis in the Limp category, "Best Flaccidity Without Humility."

But I don't really care.

This ain't putting Shakespeare back with the shipping news.

Posted by george tannenbaum at 6:48 AM