When I grow up I want to be a Chief People Officer.

A friend, probably a small part of the 40%-60% of staff Ogilvy has fired since the start of the year, sent me a note yesterday.

Since the start of their free-fall, since the veritable demise of what was, until recently, one of Madison Avenue's strongest and most important brands, I get a lot of these notes.

Most, like this one, have a touch of anger.

Anger because it's only natural to hate liars and a lying culture.

But these notes express something else and with more vigor. They express "Thank god"-ness.

Thank god I got out of the moribund, decrepit and corrupt House of Read, and found my soul, my integrity and my lust for work again.

This particular note got specific.

It started with a screen-grab from WPP's "Global Head of Culture." 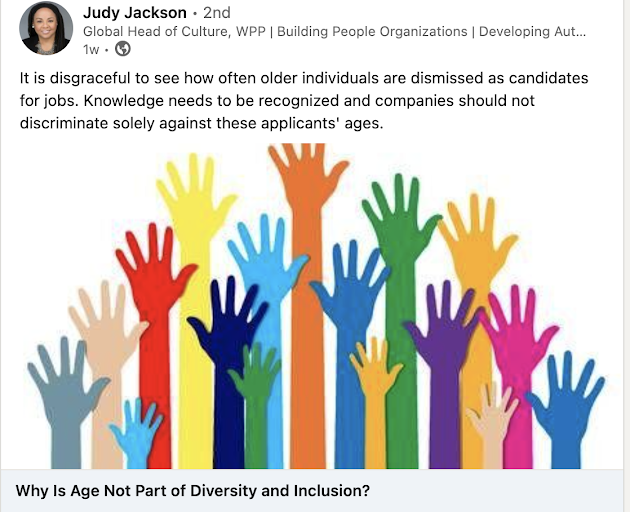 Three generations of Tannenbaums have for the last 75 years had good careers in advertising. Egoism aside, we Tannenbaums are a fairly brainy breed.

This stupid one-man-boat of a blog gets about 85,000 readers a week.

Many of them in the C-Suite of various agencies around the world.

If you have the wherewithal to respond to this question, I will give you this space for free to tell my readership what a Global Head of Culture does for 1875 hours a year and why it's important and why it makes life better for employees and how it improves their creative output better.

What strikes me as bizarre is this.

WPP's Global Head of Culture is speaking out, ostensibly, against the ageism that is rife in our industry.

Yet, WPP's most-recent annual report, harkening back to Mark Read's stupidity, cupidity and humidity clearly states that WPP is a virulently ageist company. 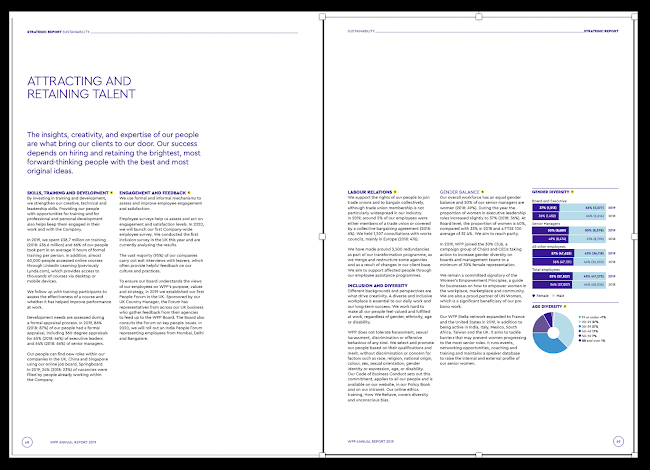 The only thing WPP retains is water after a long company-paid-for first-class flight for a do-nothing-execucant.

Here, as a bad 70s disc-jockey would say, "Is the phrase that pays." Or updated for the current moral sump of Madison Avenue's more voracious and least stable holding company, "The chart that farts." 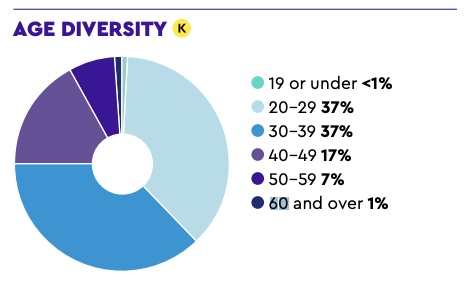 This is petty but that egregious 1% who are 60 and over is half the number of people 60 and over WPP employed just one year earlier. You're not only bad, WPP. You get worse every year. 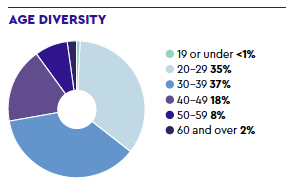 So which is it WPP?

Do you love older people and hate ageism.

Or do you just hate everything that costs money?

BTW, there's an old--very old--Latin phrase that you probably don't know because it harkens back to the 80s.

Post hoc ergo propter hoc
It's pretty much means, "After this, therefore because of this."

But I do wonder if you ever read the smartest man in advertising, my friend the Ad Contrarian, Bob Hoffman. He published this data on Sunday, December 6th. You remember data, don't you?
You might have missed it. You were probably speaking out against ageism. Or displaying similar pusillanimity on another topic.

Anyway, according to Mr. Hoffman, some data: 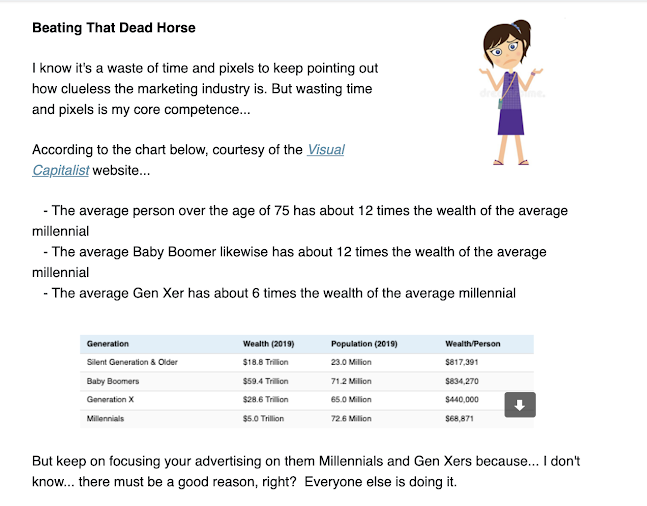 BTW, just because I'm an asshole, I found this in WPP's Annual Report as well.

If I were, god forbid, Mark Read, I'd file this under "Be careful what you wish for."

Posted by george tannenbaum at 5:13 AM