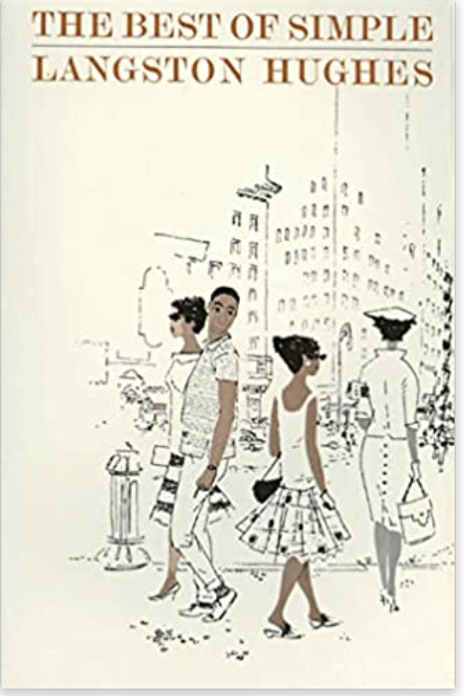 When I was just a boy, an early teenager, my best friend and  my favorite teacher of all time turned me onto the African-American poet, sage, observer and chronicler Langston Hughes.

I'm not sure if Hughes is read today. If he just appears on a stamp or a processed online homily and we give him no further thought. But, in my eyes, he was one of the great American thinkers and writers of the Twentieth Century. And for flat-out plain-spoken wisdom that's relevant even today, 70 years post-writing, you could do worse than look up a few of Hughes' "Jesse B. Semple" stories. Order this slim book now. If you hate it, donate it to a public library. They could use it.

While I love Hughes' Semple stories (and there are literally hundreds of them collected in probably half-a-dozen volumes) the power of his poetry is what really gets me. Especially his "ditties," which are probably ignored by the scholarly set because they're so perfect they seem slight.

For instance, a poem called "Impasse."

I could tell you
If I wanted to,
What makes me
What I am.

But I don't
Really want to –
And you don't
Give a damn.

Frankly, and with all due respect to the agency-world's bot-led HR departments, that's better career advice that you're likely to get anywhere else. Try to leave meetings ten minutes early in order to keep yourself from telling people to fuck off.
But the Hughes poem that I keep etched in most frontal sections of my diminishing lobes is a poem called "Motto." It's a reminder, for me, to take a breath and to not over-respond when something doesn't seem to be going your way. It's not all about you, after all.
I play it cool
And dig all jive.
That's the reason
I stay alive.
My motto,
as I live and learn
is:
Dig And Be Dug
In Return.

It's easy to have life knock you off your rails.

It's easy to worry.

It's easy to feel that the mighty forces of the world are arrayed against you.

It's easy, in other words, to feel like the end is nigh.

It's easy to be a nut, with a capital filbert.

That's when I start fretting. And perseverating. And driving the people around me crazier than I ordinarily do.

When I'm smart about things, I calm myself down with "Motto."

I start by trying to "dig all jive." That is the reason I stay alive.

Anyway, that's my motto and I'm sticking with it.