Loving words. And their power.

I have a close friend who's a poet.

Sure, he does other work to pay for his Upper West Side aerie and his well-art-directed "cabin" in the Berkshires and his SUV that's larger than most Madison Avenue art galleries, but in his heart, he's a poet.

He not only reads poetry--he translates it from about six or seven of the languages he's fluent in. And he writes poetry, too. He's serious about it. 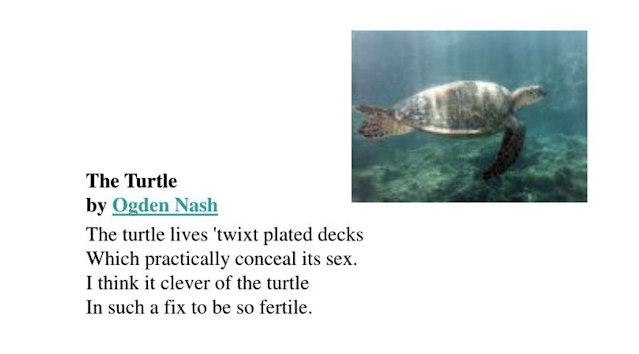 While I was always an Ogden Nash gnashling, Fritz was always serious about the art. Sharing poems with me, frankly, that I could hardly understand. Certainly not on first reading. They required that rarest of all gerunds, they required "thinking." 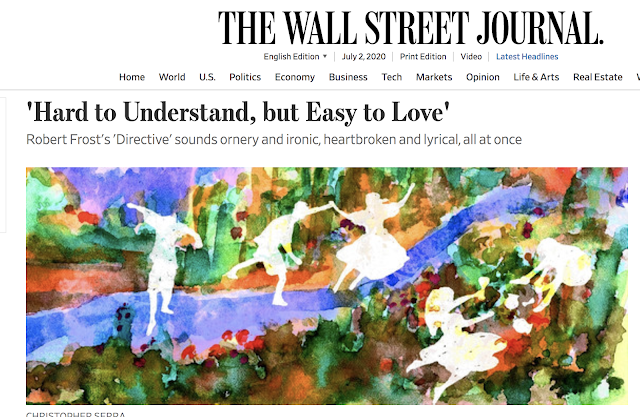 One day, Fritz texted me, “George, do you know the poem “Directive,” by Robert Frost?”
“You’ve taught me a lot of Frost,” I said, “Death of a Hired Man,” “After Apple Picking,” something about looking at the past through a train window.”
“Not those,” he chided. “Robert Frost once described the joy of writing as “the surprise of remembering something I didn’t know I knew.”
“That’s right,” I said. “I know that line.”
“You know that line,” Fritz said, “because of this from Frost’s “Directive.”
So much of what we do in advertising--creating an image or impression of a brand, making something memorable so you buy x instead of y, has to do with the power of words. Yet, our industry does everything in its power to deny, disparage and otherwise mitigate the power of words.
We say "no one reads."
We stuff jargon and crap and superfluities in every square inch of serifs.
We turn copy itself over to committee--forgetting, as Twain remarked the difference between 'lightning bug' and 'lightning.'
Our job is to get noticed.
To move people.
To motivate people to act and remember.
That takes stirring words and images.
Not "processed" words and stock photos.
Not asinine social media rules about type size and length.
Not mindless assertions that we need a "call to action," when the entire communication should be a call to action. Carl Ally once said, "Advertising should comfort the afflicted and afflict the comfortable." Instead, in the currently constituted business, we aim for polite applause and shades of beige.
When I was a teenager--just 15 or so--I read the words below by the poet Leroi Jones. He later on changed his name to Amiri Baraka. I'm not Black. I've never been in this situation. But I've known the poem for almost 50 years. It's never failed, literally, to make me gasp. And think. And pause. And think some more.
The title itself is a lesson on how to write a headline. The "body copy" moves you along. The closing hits you with a wallop.
That's how it's done.
Poetry or commerce.
It's about human connection.
Not data science. Not bullet-pointing. Not the coalesced blather from 168-page decks. 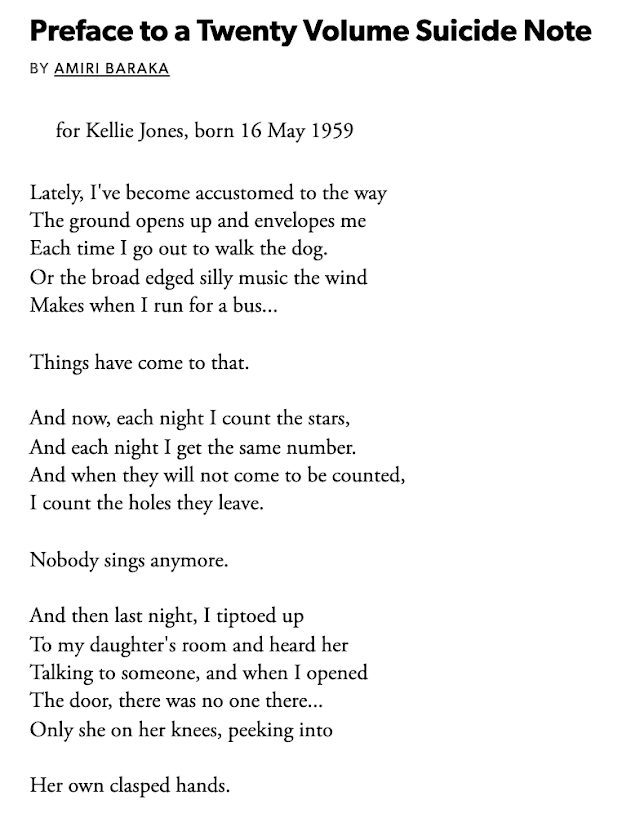 I think we should as an industry do less applauding of ads and more applauding of work--whether it's poetry, art, music or whatever--that has truth in it. Work that gives you the surprise of remembering something you didn't know you knew.
And Directive, by Robert Frost: