The March of Time. 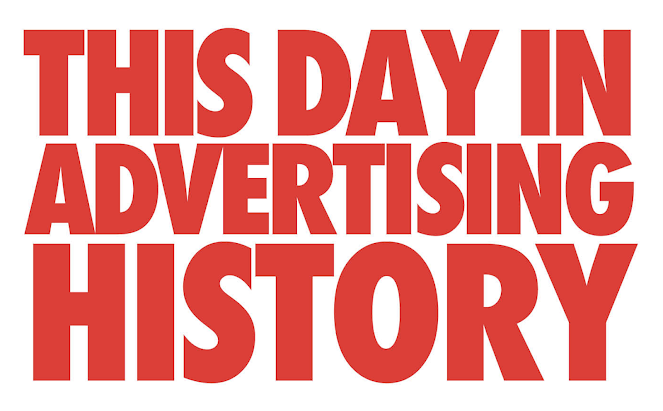 Here begins a new feature of Ad Aged: Seminal events that happened on this very day in advertising history.
On January 13, 1952, Howard Gossage said, "People read what interests them and sometimes..." At that point, he fell asleep.
In 2014, Miriam Webster, a flight attendant on United Airlines flight 1018 from Chicago O'Hare to Denver Stapleton spilled hot coffee into the lap of Chester Field. She never apologized. Reducing United's decades-old mantra, "Fly the Friendly Skies" into nothing more than a slogan. Leo Burnett's attempt to fix the problem with a new tagline, "Fly the Feckless Skies" proved a failure.
In 2019, a major New York agency removed all full-time staff from its largest-revenue account because the business wasn't cool.
In 1941, Batten looked for a partner named Barton because "it sounded better."
In 1997, InterWinter merged seven agencies with combined billings of $3 billion into one broken gumball machine outside of a Rite Aid pharmacy in Shamokin, Pennsylvania.
In 2012, 398 agencies were short-listed as Agency-of-the-Year and 1411 agencies won the prize.
In 2015, 17-year-old Terri Dactyl, read the entirety of a long-copy ad: twelve words.
In 2021, a major New York agency hired convicted dope-dealing consultancy, McKinsey, to "get its swagger back."
In 1958, the dancing Old Gold cigarette box died of emphysema.
In 1963, Pepsi ran a commercial with its audio track singers singing about "The Pepsi Genitalia," instead of the Pepsi Generation. The entire agency and client had had too many martinis to notice the miscue.
In 1964, the Lyndon Baines Johnson Presidential campaign ran its legendary daisy spot. The republicans countered with allegations that the administration was anti-daisy.
In 2004, there was one copywriter who got away with not completing timesheets for a full month...he had a grand mal seizure at work and couldn't remember what he had worked on.
In 2018, there were three Black people in one meeting at one time.
In 2020, Cannes awarded the coveted Purple Lion to an ad that hadn't even been created yet but that had a great case study video with data supporting 77% growth for their client.
In 2017, there was a lunch meeting at a major New York agency that served lunch.
In 2022, there was a lunch meeting via zoom and the agency sent out seamless gift cards for $3.50 per person.
In 2014, there was a pharma commercial that didn't end with severely sick people dancing and playing with their grandkids.
In 2007, Matt Finish of Sandusky, Ohio clicked on a banner ad. He was promptly sued by a consortium of bots fighting against legitimate advertising.
In 2021, Mark Zuckerberg did something honest. He quickly released a video denying it and announced his new company MetaFraud.
In 2022, Mark Read hearkened so far back he hearkened forward.
Posted by george tannenbaum at 7:24 AM