A journey home from the gods. 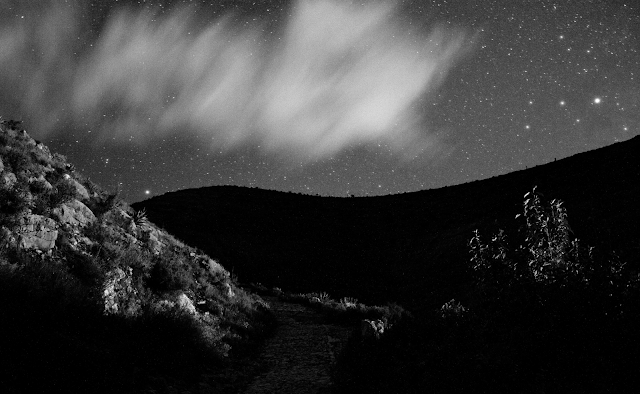 It was the end of the long season down in Saltillo, Mexico, where I played my one year for the Seraperos and where I became mi hijo Americano of Hector Quetzacoatl Padilla, whom my tongue, unable to wrap its American-backwardness around the melody of those words, renamed Hector Quesadilla.

Hector was a Hall-of-Fame outfielder in the Mexican Leagues. He began his professional career early, playing in the Mexican scrubs at the age of 14 and worked his way up to Mexico's highest level (AA at the time) in just two years. From 1941 to 1972, Hector smashed lined drives, broke up double-plays, snared dying quails and, generally won more than he lost. He won one batting crown, led the league in triples three times and in doubles four more times, and even in the short Mexican League season of just 140 games, at the end of his 32 years of playing a boy's game, he had amassed almost 3,300 hits.

Hector was dark, not Indio dark, even darker. He might have had the sinew to go to El Norte and play like other Mexican Leaguers were doing. But major league baseball wasn't open to dark people like Hector until 1947 and by that time--though only twenty years old--he had settled into the league and his place in the world he had created for himself.

Like me, and maybe that's why Hector had all-but adopted me, Hector wasn't born into this world. He wasn't born into a home or a town or a state or an anything where he was wanted. He was born into a world where he was of no more significance than a straw that fell out of a roughly-made broom. To find his place, he had to find it, and build it, and fight for it every day.

When you're born, as Hector was born, and I was born, as an accident, more a cosmic collection of dust mites than a human, your nothingness, no matter how well you can smite a ball with a bat, never disappears. Once a galactic orphan, always a super-dense mistake, with--even in an ever-expanding or ever-collapsing universe, no place called home and no place that's safe.

No wonder when Hector saw me that day I arrived at Estadio de Beisbol de Francesco I. Maduro, all lanky and American, with a note from my baseball coach, Babich, translated by my Spanish teacher, Senor Cowan, into proper Castillian Spanish, he gave me a chance to appear.

So many people who were born like us, falling through the skies into an endless, bottomless, eternal tumble, never appear. They're invisible through life and the world as a pixeled hologram of nothingness. No one sees them, no one hears them, no one spells their name right, or laughs at their jokes or can hear their songs. They were born as dust and to dust they shall return. So many people were born like us.

But now the season was over and though I was, almost every game, the first to arrive in the dripping-pipe locker room, this afternoon I was about the last to clear my belongings from my cubby and leave the environs.  Green-painted like a medical clinic, dusty and spider-webbed and stinking of 25-men's worth of sweat and tears and blood and scabs and farts and sadness for the last time.

Andrade, a speedy backup outfielder was combing his long black hair across the room from me.

I remember thinking how strange the word fellows was, as if we were mortar-boarded scholars at Oxford--fellows all--and having something mulled and effete.

The fellows had packed before me. Loaded up their rusty station wagons with their gear and their blue-smoke exhausts. They  would return to their small villages where they were heroes among the men and boys. They would spend the off-season looking for a way to make some extra money or for a way to find some extra girls, until they would load their rusty station wagons again and head out to play another season of sprained-ankle baseball.

Before I had to answer, Hector called out to me from his cinder-blocked office. His posters and charts and announcements from management were taken down from the walls and his bulletin board. You could see the darker outline behind where the posters had been. Extra baseball equipment was piled near his one filing cabinet where he kept a book on every player he ever saw to help him the next season. Who could hit a curve. Who hated fastballs in.

I had been living with Hector and his wife Teresa, me and my love, Karmen, since early in the season. Hector had stopped me just a few games in from the call of my father, telling me he was sick and he needed me home.

As words happen, they weren't much. But somehow they were the right words at the right time said with the right conviction, and I understood they had the depth of the oceans in them and were woven with a love I had never before felt.

Again, he said to me, "Jorge. You no go. You stay with Karmen, with Teresa and me. You play next season."

But this time, I could not stay.

I thought about the brutality I would be returning to. Not a brutality of smacks and ugly put-downs, though there were those. But, worse, a world of cosmic meanness, where the universe as it was defined by the universe itself had accorded me a worth of worthlessness.

We were not people who hugged.

But we hugged. We stayed hugged. And then the hug broke.

We left the locker room together and walked beyond his green Datsun. We walked through the empty parking lot, down the broad monoxide choked avenues against the anger of a trillion broken car horns. We walked down the too straight asphalt until the stores lining the streets grew sparser and the street became more pothole than street.

We walked without speaking, seeing, though saying nothing, the first star in the wispy pink clouds of night. We walked through the desert. First into the scrub of dried grass near suburbia, and then into the cattle-skulled terrain and the sky closed further its eyes against the dark of night.

We walked in the endless walk of prisoners. A dull shuffling walk where the only movement from our mouths was to moisten our lips cracked by the dry air.

We walked into the deep deepness until we heard the roar of bickering cicadas in the dark, like the screams of Scylla and Charybdis.

We walked past the entrance to the cities of sacred caves we could not see, past entrances to Xibalba--the place of fear. We walked to ancient underworld cities, cities deep below the surface mere humans inhabit, places of fear ruled by those who rule us all, even if we do not know they do--the lords of death. The lords of death, as we were told in the Popol Vuh, the words from the unwritten book older than time itself. The book of the ancient people desert people who still live and breathe both here and after, both never and forever. Words from a land, like our lands, a land crowded with trials where there is no acquittal, but all is indictment and doom and sadness and gloom.

We stopped. There was no reason to go on.

"You no go," Hector said again.

Sometimes you have to.

Posted by george tannenbaum at 7:06 AM