My wife, Laura, had somehow cadged tickets to the Late Show with Stephen Colbert, and yesterday afternoon, we clocked out early and headed to the old Ed Sullivan Theatre at 1697 Broadway between 53rd and 54th Streets to witness the proceedings.

When I was a baby in advertising, and ad agencies were profitable enough to still be situated in the very center of center cities, I worked a block and a half from the Ed Sullivan, and would walk down there on occasion for lunch. Adjacent to the lobby where there's now an Italian restaurant called Italian Restaurant Pizza, there was an excellent Chinese restaurant of the old school. I would go there about once a week to clog my arteries and to kibitz with waiters who had likely marched with Sun Yat-Sen.

The city's changed considerably since those days--the changes accelerated by our ongoing battles with the twin Plagues of deadly diseases and real estate billionaires. I figure the diseases we'll defeat and the billionaires will bury us and charge us rent, in perpetuity.

While we were waiting on line (the Late Show is big on lines) my wife and I broke up the time by walking through the dirty neighborhood. Me first, then my wife, and then me again.

The aforementioned billionaires have chased away the peep shows, the brothels and the penny arcades. But they also chased away a dozen or so really great bookstores, including (according to my wheezy memory) the Gotham, Colosseum Books, Doubleday's, Schribner's, Brentano's, Rizzoli's and I'm sure one or two others that were rightfully over-shadowed by the ones I've already mentioned.

There's no bringing that New York back and it's a shame, if you ask me. The only thing left is the old stove-pipe hat cylinders in bright orange that vent the massive amounts of pressurized steam that course beneath the city's undulating asphalt and still keep some of the old buildings warm. Every once in a while, a steampipe bursts and the sound could wake the comatose, and probably already has. 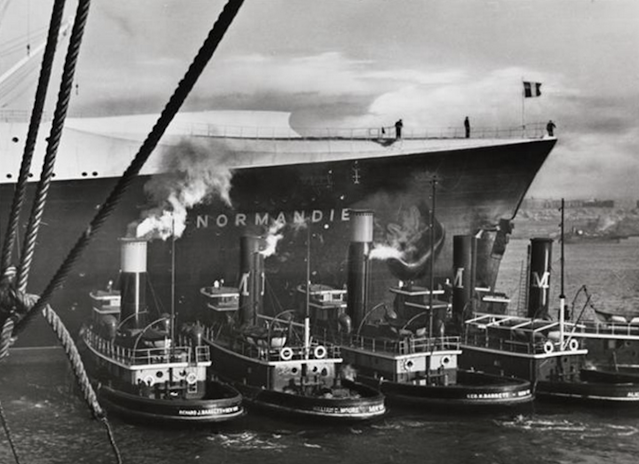 The Late Show, like anything done well and done on a regular basis is as well choreographed as an old Moran diesel pulling in a giant ocean liner. Everyone onboard has a series of movements they must do in perfect synchronicity to get the big ship in its berth against a treacherous current. It all happens with a minimum of sweat and a maximum of cursing, and to an onlooker is a thing of beauty, equal in skill and precision to the Bolshoi doing Swan Lake.

One thing the Late Show does that agencies can learn from is pretty basic. And pretty important. I'll tell you right now, the agency business would be 94.2-percent better if we caught on.

Everyone at the Late Show works to make Stephen Colbert great. They warm up the audience and keep imploring us to give our welcome support to Colbert--support in the form of raucous cheers, enthusiastic laughter and rhythmic applause.

They bring energy to the job. And exhort the audience to bring their energy too. Energy begets energy. And energy feeds the show.

The entire "machine" feeds the star. And there's no one who expresses jealousy toward the star. Everyone works in service of the star.

This fealty is no longer evident in agencies today. Creative--I'm talking brand and platform ideas and commercials--has to fight with planners, account people, social media people, consultants and who knows who else for primacy. In short, not everyone in the agency supports the product of the agency. Not everyone in a modern agency even agrees to what the product of the agency is. The bluntest way to say it is this: agencies don't even know what they're selling.

Is it engagement? Brand experience? Strategic alignment? Is it a digital-first ecosystem that in most cases is more eccch than system?

What's more, there's no cheering in an agency today. There's no rallying around the flag--full-throated support of what we're doing or what we're selling. Because there's no consensus there. Besides, support denies people the right to grind their own ax and trumpet their own agenda. An agency isn't one-voice. It's a thousand. All competing and fighting for primacy--at cacophonous levels. 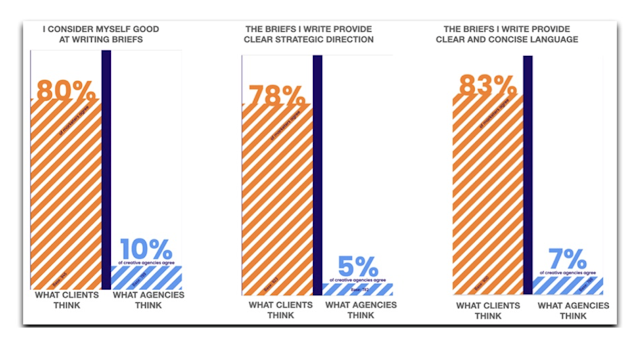 Friend Bob Hoffman, the Ad Contrarian published this chart not long ago. I suspect if a survey was taken at most agencies there would be an enormous divide among employees. No one would agree on what we sell, what's most important and how we can most help clients. I'd bet things are even worse on the client side. I've been to a lot of meetings in my time where it seems like a medieval joust, except combatants are wielding buzzwords instead of lances. Good choice.

Over at The Late Show, things are very different. They're selling an hour of entertainment. An hour of making people forget their quotidian worries and just laugh. That's the brief and everyone gets it.

No one in the agency world speaks about what agencies do with similar precision.

Agencies aren't that clear. We don't spend all our energy making a single goal happen. We aren't focused. Most often different disciplines or departments or even networked agencies are fighting each other for primacy among the client.

It's competition not cooperation.

Which can't possibly help either the agency or the client.

I think we could learn something from Colbert and crew.