Are you worth it? 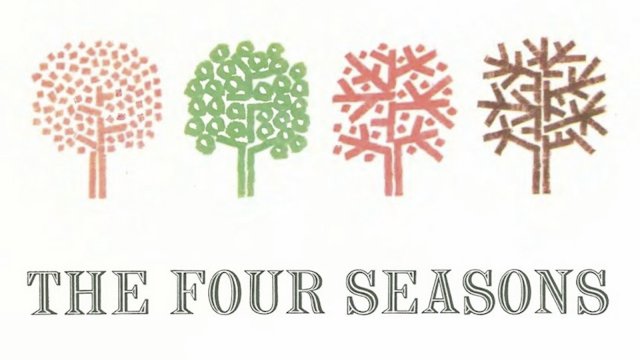 This, dear readers, will likely be a rabbit hole, and if it’s  not redundant (I've never been in a rabbit hole) a thoroughly meandering one. (As an aside, our word meander comes from the river Menderes in the land that we call Turkey today. I think the river took 20 miles to flow one mile to the sea. You can read about it here.)
It occurred to me as I was reading about trump's finances in The New York Times how the modern world--or maybe the ever-lasting world, has devalued the value of value.
Here's the passage that got me thinking: 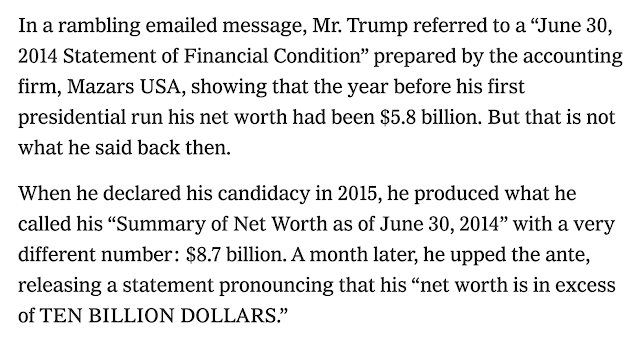 It seems to me that trump's "net worth" is based more on fantasy than the accumulation of what he owns and has on deposit. To use a today metaphor, it's more digital than bricks and mortar. This variability is, I suppose, the way of the world. If you we're in my Econ 101 class, which I teach entirely in Latin, I would proclaim "O tempore, O mores!" At which point you'd drop the class and I'd soon be unemployed. Which is to be expected for an over-educated economist who speaks Latin.
A similar denigration of the notion of value can be found by looking at the company formerly known as Facebook which has lost one-third of its "value" since the New Year. Of course, the notion of value has always been a shaky one. If you have a moment, read about the rise and collapse of value in the Credit Mobiler speculation around the American railroad industry. It makes Meta's throes look par for the course, and maybe they are.
The ad industry has played along--fulsomely--with the devaluing of value. Think of how many agencies have been named agency of the [time-unit] or have won a Grand Lion of the Titanium Pupik at Cannes while they're hemorrhaging people, business, shareholder value and their very reason for being.
In fact, Linked In has brought the ad industry a predictability that reminds me of the changing of the seasons.
First comes the spate of faux humble announcements that you're on a jury, or fourteen. Then comes the faux humble announcements that you've been short-listed for an award or fourteen. Then comes the faux humble proclamation that you've won a bronze ocelot or fourteen. Finally comes the faux humble clarion that you've been named agency of the year or fourteen.
Meanwhile, back in the real world, you turn on the TV--like we all did during the Stupor Bowl, and all the work sucks. And not in a good way.
What value is the industry creating outside that isn't fake?
Here's a bit of an email I got from a boss 25 years ago. I've carried it around for all that time. I think about it a lot. He was scratching at the notion of real value--and doing it while looking at a fraud neither of us could stand.

"After a year of walking around with a big fucking deal attitude, it's put up or shut up time.  Where are the awards? Where are the case studies that bring in new business?  Where are the clients who've ascended to power on the backs of [agency's] success - of those things are careers and reputations made.  And if he keeps posturing and not delivering, he'll wind up being thought of as just another asshole with a Titanic attitude and a Minnow in the engine room."
That's the problem of inflated value. Value untethered from support.
For value to be worth something it has to be tied to something. Something more than bombast.
Show me what you've done.
Not what you've won.
Introduce me to the teams you've grown,
Not the trophies you own.
Show me the businesses you built
Not bombast spilt.
That's how you prove value.
Posted by george tannenbaum at 7:36 AM