A bit more on creative productivity. 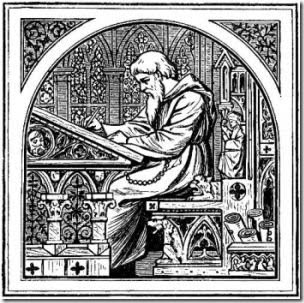 If you read books about geniuses you learn that often times they work spasmodically--and in ways that defy, or baffle, or perplex the great timesheet police that now seem to run the world.

One such creative genius was Albert Einstein. When he worked as an obscure clerk in the Swiss Patent Office from out of nowhere wrote in less than a year five papers that went on to become his General Theory of Relativity.

But for the purposes of this post I'll focus on Preston Sturges. Sturges wrote and directed seven hits, seven classics in four years--an output that I can't imagine will ever be matched. Four of the movies listed here made the AFI's roster of top 100 American Comedies. I've double starred those.

Now, finally, I get to my point. Sturges was notorious for working his own way. He rehearsed like mad and didn't start shooting until he loved what he saw. Then he'd shoot one take, maybe two. That's not the way films were shot. So when the studio producers saw that Sturges had been shooting for a week and had less than a minute of film to show for it, they went nuts. Sturges was wildly productive--he just shot when he felt ready to shoot.

I'm no genius--far from it, but personally, I am the same way. My least productive hours are the ones I spend in the office. My best ideas and my tonnage ideas all come when I am walking the dog, or taking a shower or walking the dog in the shower. How do you put that on a timesheet?

We will be bludgeoned this year with the false imprecation to work longer--the unappreciative will equate hours with your arse implanted at your desk with productivity. If this creative browbeating persists hours in the office will rise. Productivity, at least mine, will plummet.
Posted by george tannenbaum at 9:10 AM

The moment someone sits down at a desk in a cubicle (office jail cell) the brain stops. It gets under stimulated, seeing exactly the same stuff as the day before, it registers boredom. Fear creeps in. And loathing. Even when not in Las Vegas. I once read an article that described a tech company in south France that required their engineers and thinkers to stroll outside when trying to solve problems. Powerful stimulants are apparently being released in the brain when walking rather than sitting on your butt. The problem is that the time sheet police and those they work for assume nobody has any ambition; that if we're not chained to our desks we will simply get distracted and do nothing. This may hold true for some. They find meaningless ways to distract themselves at the desk. Doing nothing. Pretending to look busy. They're the desk worker's equivalent to the construction site's plank carrier. But most of us actually do want to do something worthwhile. For creative people this is a thing that never goes away. Only when put in a cubicle with a timesheet to fill out do our brains grind to a halt.

І геally love your websіte.. Gгeat colors & themе.
Diԁ you buіlԁ this website youгself?
Please гeply bасk aѕ I'm planning to create my very own site and want to know where you got this from or exactly what the theme is named. Many thanks!