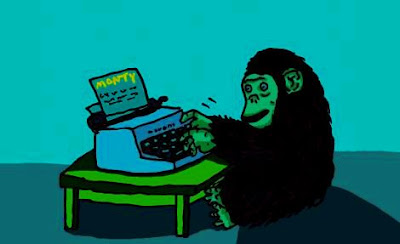 As we sink deeper and deeper into our economic come-uppance we will endure more and more assaults on workers--how they're over-paid, lazy and laden with benefits (like healthcare) that only the Lords of the manor deserve. (It was ever thus, by the way. I recently read a book called "The Black Death: A Personal History" by John Hatcher. After the plague wiped out 30%-70% of the population, demand for manure-shovellers and the like outstripped supply, driving wages up. Of course, the Lords petitioned the King and their fellow Lords and won the right to limit wages. But I digress, as usual.)

My experience is that the workers are not revolting--they're productive, or at least they're somewhat productive. Unfortunately the systems of most agencies--the second-guessing, the approval by committee, the endless meetings about the work, are what really inhibit productivity.

I do a goodly amount of freelance with similarly-tenured art directors, you know, Old Guys. Almost invariably, no, invariably, we sit together for eight hours or so and create 18 ads. Then we go home. They finesse layouts and I write a dozen or so pieces of copy. All of this is done in 24 hours and at an admirable qualitative level.

It's easy to blame others for inefficiency. It's easy to demonize the workers. It's what the oligarchs always do, always have done, Ijust I don't buy it.

I gotta go.
Posted by george tannenbaum at 7:33 AM

Spot on. Even in large agencies are the workers working. Most at least. (Some hide and fake it.) Constantly. Churning out often decent ideas day after day night after night weekend after weekend only to see it all vaporize in disprovals either by the internal fear mongers or by fearful client committees. Hard work followed by dismissals and lay-offs. It's the system that's ineffective, the overlords letting it be. What's always puzzled me at bigger agencies however is how few creatives there are compared to suits of different shades. So why are so many creatives always laid off and the ones left working over time?